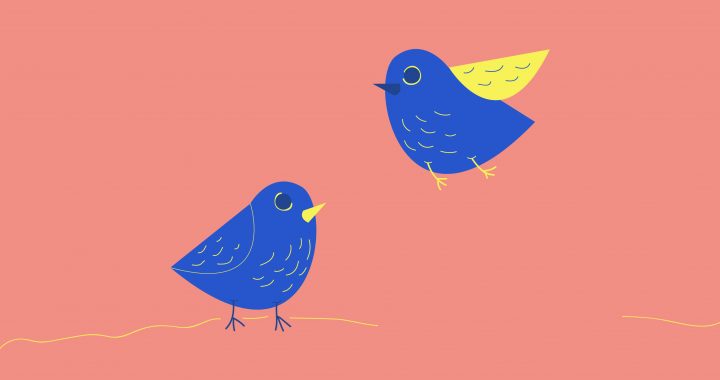 A stark comparison between the social, political and economic development of Ukraine and Kosovo brings to light the EU’s asymmetric policies on visa liberalization.

“It is time to vote for the ratification of the agreement. That would release the visa liberalization for the Kosovo people,” said the EU’s High Representative for Foreign Affairs and Security Policy, Federica Mogherini in March 2018. Three weeks later, the Kosovo Assembly ratified the agreement Mogherini urged for, but to this day, Kosovars continue to be deprived from moving visa-free in the EU Schengen zone.

The visa liberalization process has been a long one. The process began in early 2012 when the European Commission handed over the visa roadmap to Kosovo officials. Since then, there has been four-yearly reports on Kosovo’s progress until the roadmap was completed in 2016 when the European Parliament Committee, Civil Liberties, Justice and Home Affairs, LIBE, recommended visa liberalization for Kosovo.

However, the LIBE committee voted against the initiation of negotiations until Kosovo completed two remaining criteria: ratification of the border demarcation agreement with Montenegro and strengthening track record in the fight against organized crime and corruption.

March 21 will mark one year since Kosovo ratified its border demarcation deal with Montenegro, which was achieved despite political controversy and the lack of public support for the agreement. However, the visa restriction remains intact.

In 2016, the EU recommended visa liberalization for both Ukraine and Georgia, countries that do not have full control of their borders and suffer from a fragile rule of law. Despite this, Ukrainians and Georgians are now enjoying the benefits of free movement in the Schengen zone.

After Kosovo ratified the border agreement with Montenegro, the European Commission gave the green light for a second vote on July 18, 2018. In August, the LIBE committee voted in favor of visa liberalization for Kosovo and in September the European Parliament agreed to open talks on the abolition of the visa regime.

However, the seven-year marathonic process has yet to be concluded. The Council of European Union, made up of EU member states’ interior ministers, must adopt the change by a qualified majority, a common voting system in the Council.

If we compare the case of Kosovo with that of Ukraine, there is clear evidence that the visa liberalization process is an example of how the EU employs asymmetric policies. To reflect this claim, Ukraine ranks lower than Kosovo in most, if not all international ‘indexes,’ ranking systems that use expert opinions, reports and surveys to draw conclusions on states’ progress in the areas of social, political and economic development.

The Transparency International Corruption Perception Index ranks Kosovo as 85th and Ukraine as 130th in their 180-country ranking of perceived public sector corruption. Furthermore, the World Press Freedom Index ranks Kosovo 78th, with Ukraine coming in at 101st in their assessment of the countries’ media freedom.

Also, the World Bank’s Doing Business’ report ranks Kosovo significantly higher than Ukraine. Kosovo ranks 44th whereas Ukraine is 71st out of 190 countries in their estimation of countries’ progress in access to the labor market.

In terms of GDP per capita, according to the International Monetary Fund, IMF, Kosovo ranks 98th, with 4.5 thousand dollars per capita, and Ukraine 114th, with 3.13, a useful benchmark to compare Ukraine’s population of 45 million people and Kosovo’s less than two million.

What distinguishes the case of Kosovo from that of Ukraine and Georgia is the presence of the EU Rule of Law Mission in Kosovo, EULEX, which operated with executive powers from 2008 to 2018. These powers gave EULEX the right to investigate, prosecute and judge cases independently from the Kosovo authorities, and its employees and decision makers were not accountable to the Kosovo government or its people.

EULEX deployed a combination of civilian and police personnel with the purpose of introducing a rule of law culture, improving negotiations with Serbia and strengthening local institutions. This made Kosovo the largest per capita recipient of EU financial aid in the world, and home to the largest bloc of civilian crisis management personnel.

In 2012, the European Court of Auditors reported that EULEX has not been sufficiently effective in its mission. According to the report, EU member states seconded an insufficient and unqualified staff to EULEX. The Mission was shaken twice: its first scandal broke out in 2014 when the EULEX prosecutor Mariah Bamieh accused one of the judges of taking bribes. Three years later, Malcolm Simmons, the chief judge of EULEX, resigned and unleashed a string of accusations against the organization. In response, EULEX then revealed that Simmons himself was the subject of several investigations into alleged serious wrongdoing.

Long story short, the most expensive mission of the EU has failed to deliver. Ironically, the mission in charge of fighting corruption experienced its own internal corruption scandals. Huge investments, minor progress and corruption damaged the EU’s reputation in Kosovo.

Today, corruption and organized crime remains high in Kosovo. In fact, according to the yearly European Commission report on the EU’s enlargement policy, since 2008, there has been an increase in corruption in Kosovo.

The Kosovo judiciary continues to suffer from inefficiency, lack of transparency and political interference, and EULEX’s biggest failure is its negligence and incompetence concerning Kosovo’s most serious crimes. EULEX is not the one to be blamed for corruption in Kosovo, however, it failed to achieve the primary objectives of its mission, fighting corruption and strengthening the rule of law.

Kosovo has fulfilled all required conditions, including the two outstanding requirements; ratification of the border demarcation agreement with Montenegro and strengthening track record in the fight against organized crime and corruption. It stands better than Ukraine on its perceived corruption levels, press freedom, GDP per capita, and doing business.

Despite this, many countries, even those that are so-called friends of Kosovo, are skeptical of supporting visa liberalization. Some hold the belief that it would produce a wave of Kosovo migrants into the EU.

The fear that Kosovars might ‘invade’ Europe illegally and produce instability doesn’t stand, at least considering the above-mentioned statistics. Even in the worst-case scenario, if all Kosovars migrate to the EU, that is still only four percent of the total population of Ukraine.

Kosovo has many socio-political problems, corrupt politicians, a fragile rule of law and an unstable economy. However, it stands better than Ukraine on almost all fronts according to international data. Kosovars have made many compromises through the years, such as the approval of the Kosovo Specialist Chambers in the Hague and the adoption of the border demarcation agreement with Montenegro, things that were extremely hard to pass at the Assembly due to their unpopularity among the Kosovo people.

Visa liberalization is not European integration, although Kosovo politicians try to sell it as such. Visa liberalization is simply free movement and the advantages that come with it. The people of Kosovo are being punished and treated differently than other countries and this must change.

The EU is directly responsible for the lack of progress on the fight against corruption and organized crime in Kosovo because they have invested large sums of money into the areas highlighted as criteria for a visa-free regime, but without the results. Saying that Kosovo needs to fight corruption more in order to enjoy the freedom of movement in the EU is hypocritical, and only works to highlight their own shortcomings.