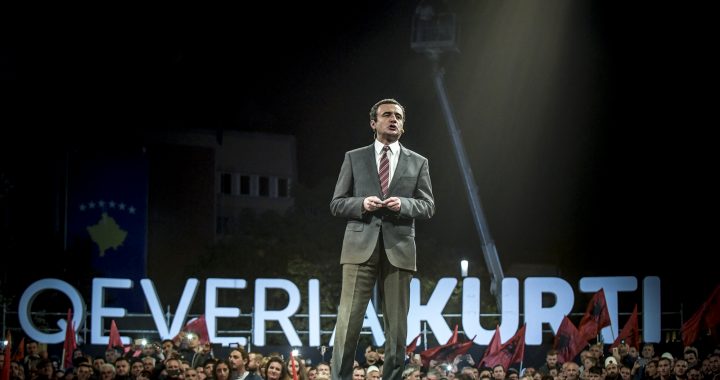 A victory that goes beyond politics

Sunday’s election results were a political earthquake that will resonate beyond the formation of the next government. The electorate have exhibited a refusal to surrender to the blackmail and nepotism that have been endemic in Kosovar politics for the last 20 years.

For many, Vetevendosje being on the cusp of victory after Sunday’s parliamentary elections is something of a surprise. Kosovo is not part of a region which frequently votes out those in power, and while the party’s opponents have controlled central and local institutions for over 20 years, Vetevendosje have only been competing in elections for the last nine.

While the counting of the votes continues and coalitions are yet to be formed, Vetevendosje’s persistence looks set to send the Democratic Party of Kosovo, PDK, into opposition for the first time in independent Kosovo.

PDK, perhaps more than any other party, has become a byword for a political culture of corruption, nepotism, and misuse of power for personal gain. Before even three quarters of the vote had been counted on Sunday night, party leader Kadri Veseli admitted defeat. It signalled a bigger loss than just one election: an independent movement had broken the state apparatus.

It wasn’t only PDK’s downfall that was a symbol of this change.

The likely failure of the coalition between NISMA and the New Kosovo Alliance, AKR, to pass the five per cent threshold also demonstrates the punitive vote of the Kosovar electorate towards political subjects that have used power to increase the wealth of a small cabal with connections to those in power. NISMA’s record with nepotism while part of the previous government was a consistent topic during the election campaign.

It is a sign that AKR’s billionaire leader Behgjet Pacolli cannot buy the trust of the people, even if this political system has left more than 17 per cent of Kosovo living below the poverty line. It is also a slap in the face to NISMA leader Fatmir Limaj’s nonsense calls to youngsters to ‘work for the state,’ tacitly admonishing the around 170,000 people that have left Kosovo in the last five years.

Many of those that have left the country in recent years returned yesterday, as foreign license plates appeared across Prishtina as they do every summer when the diaspora returns for vacation. The more than 40,000 members of the diaspora that tried to register to vote were sending a message: We left Kosovo, but we will be back and we won’t give up.

Yesterday’s outcome has also shaken strongholds at the municipal level. Vetevendosje look set to come in first place in Prishtina, Gjilan, Ferizaj, Vushtrri, Obilic, Kamenica and Hani i Elezit, all cities which are not governed locally by the party.

However, the party also came first in many municipalities in June 2017’s parliamentary elections, though did not always follow this up with victory in municipal elections held in October of the same year. Such an outcome demonstrates the maturity of the electorate to distinguish between central and local governance, and Vetevendosje must learn lessons from the previous municipal elections if they are to follow up this success in 2021’s local elections.

Lessons were also handed to LDK at the 2017 elections, when a coalition with Alternativa and AKR brought the party less than 1,500 more votes than when the party ran alone in 2014. Outspoken critic of the party’s decision to form a coalition government with PDK in 2014, Vjosa Osmani, was listed far down in the coalition’s list in 2017 but still managed to be one of the five most voted candidates for MP.

In 2019, with Osmani as its candidate for prime minister, the party has already surpassed the coalition’s total in 2017 by nearly 10,000 votes, with many still to be counted. The party now look set to return to government alongside Vetevendosje, with the final results being released later this week declaring the definitive winner.

The lessons of Sunday night’s results, though, need to be read closest by Vetevendosje: Kosovar voters have the courage and maturity to punish political parties through the ballot box.

The high rate of unemployment, especially among young people and the need for genuine rule of law where all people are equal before the justice system is essential for any future government. Deviation from these goals will be fatal for any party, including Vetevendosje.

The people have spoken. No form of power is more important than the will of people, while the fate of those that abuse the state is now well known. Kosovo’s domestic ills mean neither Vetevendosje nor any other party can afford to continue to rule in their own interests, rather than the interests of the people.