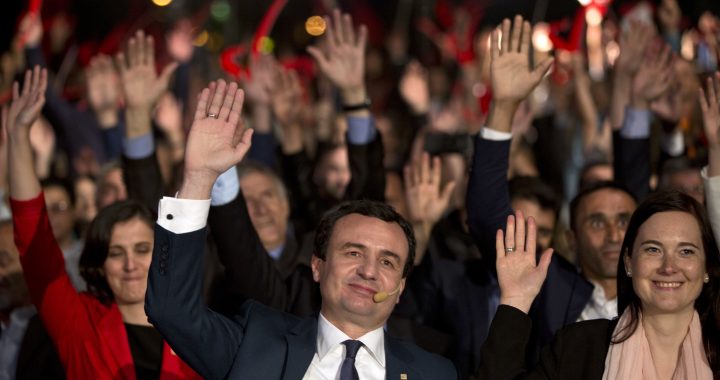 Advice to the diplomats of Prishtina

Anguished and despairing, last night the diplomats bilateral and multilateral of Prishtina asked for my advice. I saw them this morning in the US embassy. This is what I told them.

In the 2014 elections your predecessors made a mistake, and the effects are now burning your hands. So listen carefully.

Their mistake was to stop Vetevendosje from committing the mistake of joining a coalition government led by a segment of Kosovo’s elite.

Their reasoning, if you wish to call it that way, was that Vetevendosje’s elevation to the executive power would have prevented further progress in the Kosovo-Serbia dialogue and obstructed the implementation of the agreements already reached.

You know the effects better than I do. The dialogue stuttered, and was even temporarily boycotted by the elite. The agreements remain unimplemented, and are now even more unpopular than they were before. And Vetevendosje doubled its share of the vote.

Besides the incompetence and corruption of the last government, they also won all those votes because you excluded them from government. Of course Vetevendosje added a dose of populism and extravagance to its appeal as the only real opposition. But you cannot complain, because it was obvious that they would do that, as well as because when the police illegally arrested them, you didn’t raise a finger.

What would have happened had you allowed Vetevendosje into the government? Well, it’s simple. The dialogue would equally have stuttered, but any progress made would have relied on genuine popular political support in Kosovo: it would have been real, not fictional, progress. The same goes for the implementation of the agreements. But what matters more is that Kosovo would have debated those issues, and this would have been a much-needed school of democracy, which is the management of political conflict: a school of open, reasoned debate on difficult policy questions. So you and Kosovo would not have been worse off than you currently are.

‘Now you see the mistake?’ I said at this point. ‘Yes!’ they answered. ‘Good—I encouraged them—but now listen even more carefully because it becomes a bit more difficult.’

Having doubled its vote, Vetevendosje is now better protected from the risk of being infected by the elite. Whatever the numbers, it is likely to be the politically dominant partner of any coalition with the elite. So, such coalition could quietly manage the gradual exit of the extant elite and prepare Kosovo for a better form of politics. Mark those words: ‘quietly’ and ‘gradual’: I am talking of a transition, as an alternative to social unrest, which you fear, and to implacable justice, which they would deserve.

You would not obtain much regarding the Kosovo-Serbia dialogue, of course. But: (1) who cares? The dialogue is a fiction anyway (the only thing that matters is EU accession, which will solve all problems but is too far away); (2) you would have no progress anyway, with a twice-as-big Vetevendosje opposition.

What you and Kosovo would obtain is a better, cleaner, and more responsive government, and possibly a change in the popular mood: discontent could turn into hope.

Of course, maybe none of this will work. But you have no other option, frankly. If you keep Vetevendosje out and bless yet another elite-led government, you risk an uprising anytime soon, and probably another wave of migration, probably bigger than in 2014.

You are not, let’s face it, the brightest minds of your foreign services. But you would really look stupid if that happened.

So, throw the reports you are writing to your capitals into the bin, and for once give them truthful analysis and brave advice. You can afford it: your hopes for a brilliant career are now forgotten if you find yourselves in Prishtina, and you can allow yourselves to take risks. Indeed you must, if you want to rescue your career.

This is what you must do. First you split both coalitions of the elite: you break them up. Then you pick some parts of the elite (you choose which ones) and put them together with Vetevendosje into a coalition government, with a healthy majority. The parts you don’t use you throw into opposition, and you send their names to the Hague court, saying that they can be indicted and convicted. Before you do any of this you call in a few more NATO troops and send them with tanks to patrol the villages of the to-be-discarded elites, lest they fall into the temptation of shooting some clueless EULEX official. When you have finished you retire to your embassies and let Kosovo politics run its course.

For that will be enough. The elite parts that will have been saved will play by the rules, because they will have seen that the discarded ones went to jail, and the obligations of high office will concentrate Vetevendosje’s mind on social and republican issues. And all will be well, if all won’t go wrong. But it’s a risk you must take.

Disclaimer June 14, 2017:  The conversation the author alludes to are imaginary and the figure is used for satirical purposes.