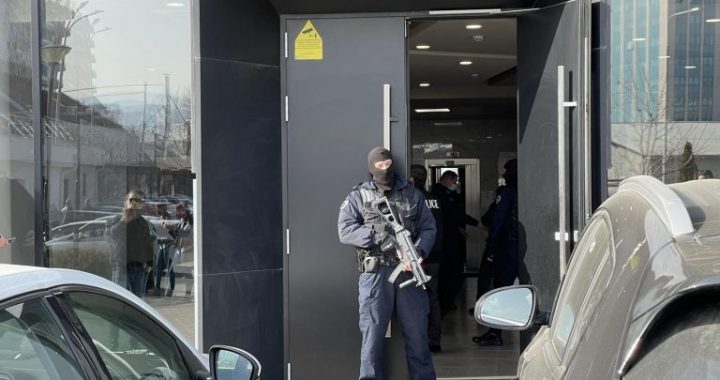 Prosecutors on Wednesday said police had swooped on officials from the Agriculture Ministry, suspected of taking bribes and pocketing agricultural grants.

Twelve persons were arrested on Wednesday as Special Police targeted the offices of Kosovo’s Agency for Development of Agriculture on suspicion that officials are involved in bribery and misuse of state cash.

Confirming the arrests, Chief Prosecutor Aleksander Lumezi said that 10 of them are officials and two are ordinary citizens.

“Collection of information for this case started in January. After obtaining the evidence, we received the order for raids in several locations,” Lumezi said.

The dragnet operation was also conducted in the municipalities of Peje, Gjilan, Istog and Lipjan.

Beside the arrests, police confirmed that they had seized around 400,000 euros in cash, several cars, computers and laptops.

“The cash was found in the homes of the suspects and it is suspected that it was received as bribes,” the head of the police’s Department for Economic Crimes, Nazim Sahiti, told the media.

BIRN has learned that the money was found in two separate bags, one in the toilet of a house of one of suspects and another in the courtyard of another suspect.

Caretaker Minister of Agriculture Besian Mustafa on Wednesday declined to give more details on the case while the operation is ongoing, but supported the operation.

“Such operations should be experienced as good days, when things get clarified and justice does its job. I call on the Prosecution and Police to take this case to the end,” Mustafa said.

In its annual “Progress Report” on Kosovo, in 2020, the European Commission concluded that “corruption is widespread and remains an issue of serious concern” in the country.

“There is a need for strong political will to effectively address corruption issues, as well as a robust criminal justice response to high-level corruption,” the report added.

The report also noted “a continuous need to promote integrity in the public service as a tool for preventing corruption and ensuring discipline”.

The global watchdog Transparency International, TI, in its report for 2020, published last month, ranked Kosovo in 104th place out of 179 countries in its corruption perceptions index – a decline of three places compared to 101st place the previous year.