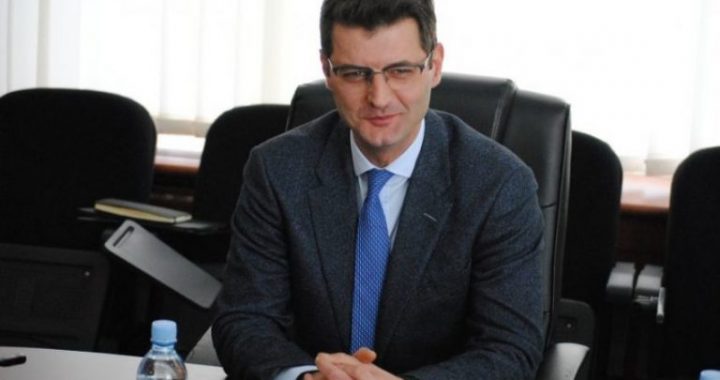 BIRN has learned that the Special Prosecution has indicted three people over the arrest and extradition of six Turkish citizens in March 2018, including former head of the Kosovo Intelligence Agency Driton Gashi.

The Special Prosecution has confirmed to BIRN that an indictment has been filed against three individuals in connection with the deportation of six Turkish nationals from Kosovo to Turkey on March 29, 2018.

BIRN has learned that the three individuals in question are Driton Gashi, the former head of the Kosovo Intelligence Agency, Valon Krasniqi, the director of the Department of Citizenship and Migration at the Ministry of Internal Affairs, and Rrahman Sylejmani, the head of the Directorate of Migration and Foreigners within the Kosovo Border Police.

Krasniqi told BIRN that he has been made aware of an indictment against him but has not yet officially received it. Sylejmani meanwhile stated that he had not been informed about an indictment being filed against him, but was aware that he was being investigated.

BIRN also contacted former head of the Intelligence Agency Driton Gashi but he was not available for comment at the time of publication.

Gashi was dismissed from his post following the arrest and extradition of the six Turkish citizens in March 2018, with then-prime minister Ramush Haradinaj claiming the incident had happened without his knowledge.

A number of the group extradited to Turkey have been handed heavy prison sentences for being members of an ‘armed terrorist group’ due to their links with the exiled cleric Fethullah Gulen’s movement, which Ankara refers to as the ‘Fethullah Terror Organisation’, FETO, and blames for a failed coup in 2016. Five of those arrested worked at Gulistan educational institutions in Kosovo, including the Mehmet Akif high school and elementary schools in Prizren and Gjakova.

In January 2020, one of the six, Hasan Hyesin Gunakan, was sentenced to eight years and one month imprisonment by an Istanbul court. The report by Kosovo’s parliamentary commission specifically cited Gunakan’s deportation as unlawful, stating that it violated the Kosovo Constitution, administrative instructions and various principles of international human rights law.