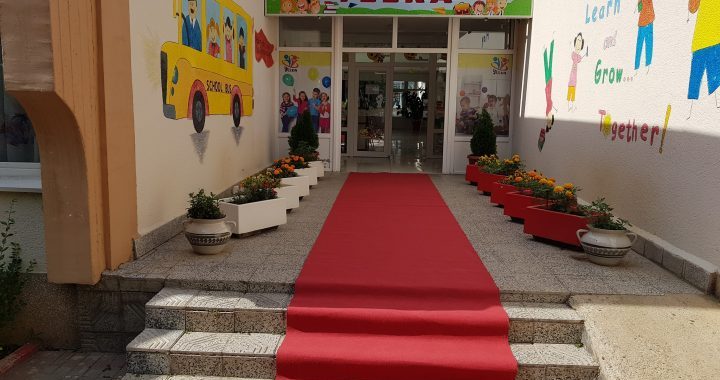 The Municipality of Prizren ordered staff to vacate the building, citing contract violations and the need to free up public space, not politics, as reasons for its closure.

The Inspectorate of the Municipality of Prizren has requested staff of kindergarten and elementary school ‘Yllkat,’ an institution that is part of the Turkish-run Mehmet Akif schools in Kosovo, to leave the premises.

The vice-principal of the school, who did not disclose his name, spoke on behalf of principal Mahmut Yaman, saying that a group of inspectors and policemen went to the school and asked them to leave the building based on an order by Mytaher Haskuka, mayor of Prizren.

He said that the principal is still in the school, and will refuse to leave the building.

“Our staff did not accept [the request] because it is not a legal decision and they will only leave if there is a decision by the court,” he said.

He further said that they are waiting to see whether the municipality will back away from the decision.

“We gave them an hour of time for the order to be voided, we are waiting to see what is going to happen. The police are here only to maintain order and calm. There has been no attempt of violence from either side,” he said.

“The kindergarten has not been managed by the Directorate [of Education] for 10 years… an agreement was made between the municipal administration, the mayor and the management of the institution in 2007 because they did not have the budget for it, and it moved to a public-private partnership as far as I know and then was given to Mehmet Akif. The agreements between them were not maintained,” Susuri said.

Krenare Koci, head of the mayor’s cabinet, said that the municipality requested the vacation of the building due to contract violations and to free up public space.

According to her, the decision of the municipality does not have any political aim.

“We have nothing to do with ‘Mehmet Akif’ or ‘Gulenists.’ The contract was made with a completely different economic operator who was irresponsible and did not respect the contract. It has nothing to do with a pro-Gulenist or anti-Gulenist policy. They are only attempts to detract from reality,” she said.

In late March, five Turkish nationals, employees of Mehmet Akif schools in Kosovo, were arrested, stripped of their residence permits for reasons of ‘national security’, and forcefully sent to Turkey after a joint operation of the Kosovo Intelligence Agency, AKI, and the Kosovo Police.

According to Turkish state news agency Anadolu, the Gulistan Educational Institutions, which operate four Mehmet Akif schools in Kosovo, are part of what they call the “Gulenist terrorist organization, FETO” led by Turkish imam Fethullah Gulen, currently living in exile in the US.

Earlier in April, Turkish citizen Ugur Toksoy was granted asylum in Kosovo, following an extradition request to Turkey for alleged ties to the Gulen movement.