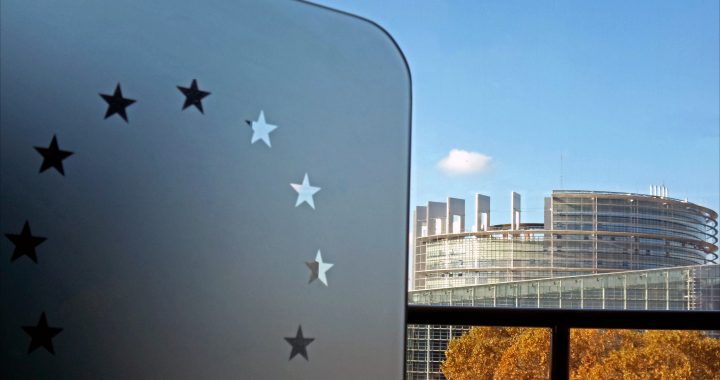 The European Parliament has adopted a report encouraging non-recognising EU members to back Kosovo’s independence and adopt a visa-free regime for Kosovo citizens, but experts warn little is likely to change soon.

On Tuesday, the European Parliament’s Foreign Affairs Committee adopted a report which reiterated calls for the five EU member states that have yet to recognise Kosovo to do so.

In a press release, MEPs on the committee stressed that “the independence of Kosovo is irreversible and that recognition from all EU member states would be beneficial to the normalisation of relations between Kosovo and Serbia.”

The Committee also welcomed Kosovo’s strong commitment to advancing its European path and the progress made in adapting the legal framework. However, MEPs also stated their “regret” over weak implementation of the law and the fight against corruption.

“The fight against corruption must intensify at all levels,” the Committee stressed, adding that Kosovo’s justice system continues to be undermined by shortcomings in accountability, transparency issues, and political interference.”

The rapporteur added that European institutions also had to “do their homework,” stating that the majority of the Committee called on the European Council to finally adopt a visa free regime for the citizens of Kosovo in this regard.

However, for Alejandro Esteso Perez, a researcher who has authored reports on Kosovo’s European integration, the adoption of the report is unlikely to shift positions on visa liberalisation or spark recognition of Kosovo from Spain, Slovakia, Greece, Romania or Cyprus.

“The European Parliament is yet again calling for something that was promised to Kosovo and its citizens, and which member states have still not delivered on,”Esteso Perez told Prishtina Insight. “The entrenched stances held by the most reluctant member states is nothing that is likely to change anytime soon, unfortunately.”

Attempted amendments to the report, particularly on the calls for non-recognising countries to do so and to expedite the visa liberalisation process were made by a number of MEPs on the committee, mainly from parliamentary groups on the far right and far left. The 10 committee members that voted against the report included four MEPs from the far-right Identity and Democracy parliamentary group and three from the far-left group The Left. Two Spanish MEPs from the centre-right European People’s Party also voted against the report, as well as a non-affiliated Greek MEP.

However, von Cramon told Prishtina Insight that a compromised amendment, which backs visa liberalisation for Kosovo citizens was eventually adopted with 52 votes in favour.

“[This] means 76% of the Committee is in favour of granting Kosovo visa liberalisation,” she said. “That is again a big success but not sufficient. But, it means if it was up to the European Parliament, we would have granted it already.”

Donika Emini, the head of CiviKos, a coalition of Civil Society Organisations in Kosovo, concurs that the EU Parliament has been the most constructive EU institution in relations with Kosovo. However, she states that the adoption of the report is mainly of symbolic importance and warns that it is unlikely to translate to other European institutions in regard to the visa liberalisation process.

“It is widely known that the process has stalled at the Council level meaning individual member states, and there is no existing EU mechanism to determine or apply pressure to the member states in the Council,” Emini told Prishtina Insight. “This, however, is a good initiative to try to keep the issue of visas high on the agenda.”

MEPs on the Foreign Affairs Committee also stated that normalising relations between Kosovo and Serbia is “a priority” and called on Kosovo to “tackle ongoing internal problems in its approach.” The statement is in contrast to recent comments by Vetevendosje leader Albin Kurti, who, following his party’s election victory on February 14, stated that the dialogue was not a “top priority” for the next Kosovo Government.

For Emini, the dialogue has never been a priority for Kosovo citizens, but is an irreversible process withdrawing from which would come with huge political costs. However, she feels that the necessity of the EU-facilitated talks should not lead to pressure being put on the next Kosovo Government to continue discussions in the same vein as their predecessors.

“The process being irreversible should not translate into pressure for Kurti or the new government to plunge into a process which takes place without structure, transparency and clear agenda,” Emini told Prishtina Insight. “This is a perfect moment for Kosovo to press the reset button and start developing a process which is based on principles and values.”