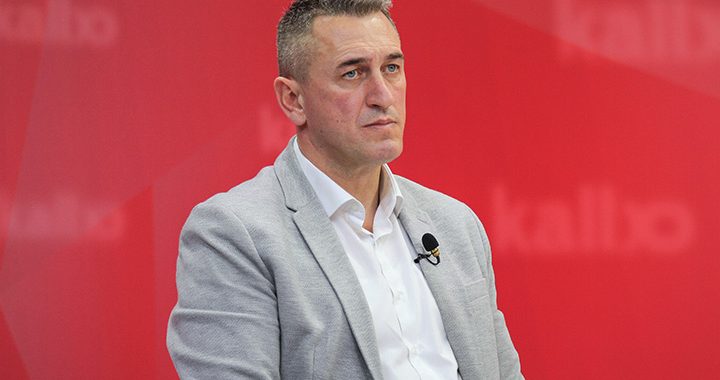 Rasic: Attack on my son was an attempted murder

In an interview for BIRN, Kosovo Serb politician Nenad Rasic stated that the attack on his son in Lapnasello in Gracanica on Monday was politically motivated.

“This was not a fight between adolescents but an attempted murder,” he said, adding that his son was released from hospital but would need to visit the dentist. “I should be thankful that there were no more bigger consequences than this.”

According to Kosovo Police, eight people have been arrested following the incident involving 18-year-old Nikolla Rasic, which his father told BIRN involved around 30 assailants and included the use of brass knuckles and hammers.

Nenad Rasic, who has been a vocal critic of the Belgrade-backed Kosovo Serb party Srpska Lista, said that the price he is paying for being involved in politics is higher than he imagined.

“Look, I accepted paying a price for the ideology that I have, but really never expected that my son, or our children, should also pay that same price,” he told BIRN.

The former labour minister also stated his disappointment in Kosovo institutions for failing to bring individuals that have continually applied political pressure on opponents of Srpska Lista before justice. “I have survived this for the last eight years, but despite all the declarations to the police and the prosecution, nothing has been achieved,” he said.

Prior to the February 14 parliamentary elections, Rasic told Prishtina Insight that Kosovo’s security institutions were not capable of providing conditions for secure elections in Serb-majority municipalities and outlined some of the intimidation tactics deployed by Srpska Lista.

The assault on his son has been widely condemned by both Kosovo politicians and representatives of the international community. Acting Kosovo President Vjosa Osmani described it as “an act against democracy and freedom of the individual,” and called on law enforcement institutions to bring the perpetrators to justice as soon as possible.

Vetevendosje leader Albin Kurti also expressed his regret over the assault. “It seems that this bandit crime against Nikola Rasic is organized, and relates to his parents, who did not break or submit to the pressure and threats of Serbia,” he said.

Meanwhile, the British Ambassador to Kosovo Nicholas Abbott called the attack “sickening, whatever may be the motivation,” while Nicola Orlando, the Italian Ambassador to Kosovo, described the assault as “politically motivated aggression” and “an attack on democracy itself.”

Rasic told BIRN that the intimidation he has received over the years has often made him think of abandoning politics. “Many times I thought of leaving politics and I don’t know where the limit is,” he said. “Should anyone lose their children over it?”