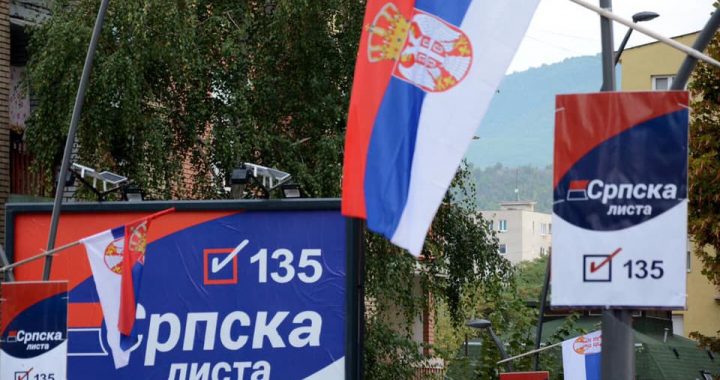 Only eight candidates will run against the Belgrade-backed Srpska Lista in the parliamentary elections on February 14, with representatives from Kosovo Serb opposition parties stating that there is ‘no hope’ of a free and fair vote.

Three weeks ahead of Kosovo’s parliamentary election on February 14, opposition parties competing with the Belgrade-backed Srpska Lista for the 10 seats representing Kosovo Serbs at the Assembly are not optimistic.

Nenad Rasic, who was leader of the Sloboda coalition in the previous parliamentary elections in October 2019, tells Prishtina Insight that there is no chance of free and fair elections, likening the votes for Kosovo Serb seats to elections in North Korea.

“Kosovo institutions are not capable of providing conditions for normal elections. That’s it,” he says, adding that he has made numerous complaints about intimidation and threats to the Kosovo police and prosecution but with very few results.

In its report on the October 2019 elections, the EU’s observer mission stated that opposition parties in Serb-majority areas were “unable to mount effective campaigns due in part to intimidation of candidates, their families and voters in general.”

Rasic tells Prishtina Insight that any campaigning this year will be done very discreetly, with the majority being conducted through telephone messaging as even door-to-door campaigning is deemed too risky.

Srpska Lista won all 10 seats in 2019, and seems likely to repeat the feat in February, facing even less opposition this time around. In 2019, the Sloboda coalition and two other parties ran against Srpska Lista, while in 2021 only two citizens’ initiatives are competing, fielding a total of just eight candidates.

One candidate, Rada Trajkovic who is part of Gradanska Inicijativa Za slobodu, pravdu i opstanak (Citizens’ Initiative for Freedom, Justice and Survival), tells Prishtina Insight that she expects another strong showing for Srpska Lista as voters are likely to “succumb to pressures” including “intimidation and vote buying.”

Trajkovic, who has twice previously served as an MP, believes that Kosovo Serbs are unable to vote freely due to a financial dependence on public institutions under the power of Srpska Lista.

“All of us are aware that the majority of Serbs in Kosovo are still financially dependent on Belgrade, and Srpska Lista fully controls the institutions that employ these people,” she says. “There is absolutely no space for political freedom, as Kosovo Serbs are blackmailed and their very survival is dependent on their vote for Srpska Lista.”

Trajkovic adds that Srpska Lista’s control over public employment has now extended, encompassing both Kosovar and parallel Serbian institutions. “Srpska Lista has also taken control of the local institutions that are part of the Kosovo system, so we now have a situation in which Kosovo Serbs cannot escape Srpska Lista’s influence over their lives, even if they gain employment in Kosovo institutions.”

At the 2019 elections, the Independent Liberal Party, SLS, received more votes than any other Kosovo Serb opposition party. However in 2020, the SLS was deleted from the register of political parties, and its leader and former deputy prime minister, Slobodan Petrovic, is no longer active in politics. Prishtina Insight contacted Petrovic but received no response.

Both Trajkovic and Rasic believe that another Srpska Lista whitewash in February is all but inevitable. “As long as Vucic’s repressive regime is in power, the democratic prospect for Kosovo Serbs will remain bleak,” Trajkovic says. “Only a change of government in Belgrade would bring back democracy to our community.”

*Editor’s note: This story was amended to include information about the deletion of the Independent Liberal Party from the register of political parties.