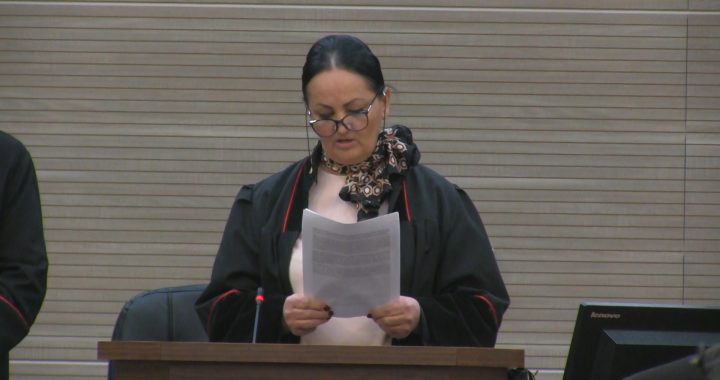 The Basic Court of Prishtina has acquitted former prime minister Agim Ceku and 11 other defendants of charges of abuse of official position regarding the alleged inflation of the lists of KLA Veterans.

At the Basic Court of Prishtina on Tuesday, judge Nushe Kuka-Mekaj announced the acquittal of all 12 defendants in a trial investigating alleged illegal payments made to veterans of the Kosovo Liberation Army, KLA.

Kuka-Mekaj cited a lack of evidence as the reason for the acquittal, stating that the court was not provided with any proof that an audit took place to identify unlawful benefits. “The Prosecution has not managed to convince the Court in any form,” she added.

Speaking to the press following the announcement, Ceku stated that he knew he was innocent from the beginning. “It was a just and good decision,” he said. “I feel good that all that I said before the trial started, and during it, was proven.”

The indictment in the case accused the defendants of using their position on a Government Commission that verified the list of KLA Veterans to illegally benefit other persons, damaging the state budget of Kosovo by over 88 million euros.

The Commission was launched in 2012, and in 2016 issued a list containing 46,000 names. In September 2017, the Kosovo Special Prosecution announced that its early investigations had revealed tens of millions of euros in benefits being paid to veterans illegally.

The indictment in the case was prepared by Special Prosecutor Elez Blakaj, who resigned in August 2018, stating that he had been under threat from “known and unknown people” who wanted him to drop the investigation.

A number of citizens have been convicted of falsifying documents relating to the verification process in separate trials across Kosovo in recent years. In October 2019, the Basic Court of Peja ordered three individuals to return money they had fraudulently received after falsifying their veteran status. Seven defendants are also currently awaiting trial at the Basic Court of Mitrovica after being indicted on charges of falsifying documents.

In January 2020, the Special Prosecution announced that over 8,000 applications had been delegated for investigation to the Basic Prosecution of Peja alone.