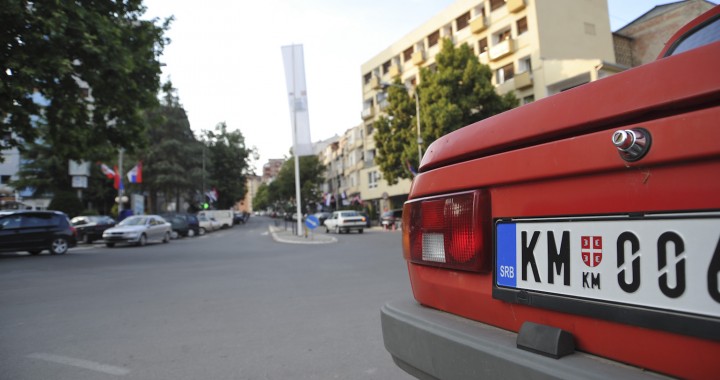 The practical needs of Kosovo Serbs seem to have been left out of the much-hailed deal on renewed flights between Kosovo and Serbia – most of whom will likely stick to the bus.

“Dear passengers, welcome to the flight from Prishtina to Belgrade, operated by Eurowings. We wish you a pleasant flight.” The same sentence follows in both Albanian and Serbian. This is the scenario that has run round the minds of Kosovo Serbs like a hamster in a wheel, ever since we received the news about the renewed air connection between Prishtina and Belgrade.

However, many things related to “another win” – as US President Donald Trump described the agreement on Twitter – remain confusing and unclear.

One is which documents will be used for the flights? Serbia does not recognize Kosovo, or its passports, and Kosovo takes the same line towards passports for Kosovo Serbs issued by Serbia’s Kosovo Coordination Office.

The movement of people between Kosovo and Serbia has been regulated under the integrated border management deal agreed in Brussels, meaning that travelers use IDs, not passports, to cross the border. The head of the Kosovo Civil Aviation Authority, Eset Berisha, has said the same agreement can apply in this case, but the details of the agreement remain unknown.

It is also unclear when these flights will start operating. Serbian political representatives say it should happen as soon as Kosovo abolishes the 100-per-cent tax it has imposed on Serbian goods – but the Kosovo side has completely ignored this as an issue.

Details about how this deal has been reached also remain in the dark. The only information available is that the process was long and kept away from the public gaze.

In the end, one question remains – what impact this deal will have on Kosovo Serbs, and will it bring about positive change, as Serbian politicians claim?

Let’s again imagine the scenario where everything is settled and we’re ready for departure.

The estimated duration of a flight from Pristina to Belgrade is 25 minutes. That sounds perfect for someone living in Kosovo. But is it for Kosovo Serbs, especially those living in the North?

If we do a simple calculation, it doesn’t look that great. If you are a Serb in the North of Kosovo, to go to Prishtina Airport would take about an hour to 90 minutes by car, depending on where you live.

Not bad, many would say. But considering that most Serbs in the North have car plates registered according to the Serbian system in Kosovo – meaning they cannot drive to the South with them – this optimistic schedule turns to ashes.

As there is no way to travel by car from the North, travel by bus might seem an option. But let’s consider this as well. In terms of direct connections from the North, at the moment there is only one bus line running from Belgrade to Prishtina, crossing through three of the four Serbian municipalities in the North, Leposavic, Zvecan and North Mitrovica.

This line is quite new and runs once a day. It takes up to two hours to reach Prishtina city center. Adding on the wait for the connection to the airport and the time spent at the airport makes it around five hours overall. That is about the same time it takes to travel from the North of Kosovo to Belgrade by bus.

Even if the Kosovo bus timetable matches the flight time, at the end of the day, just taking a bus from the North of Kosovo to Belgrade looks a lot less complicated – and cheaper.

The other option is to take a bus from the south of the divided town of Mitrovica to Prishtina, but in the current climate, Serbs are still not used to that. They are more likely to take a taxi to Prishtina or to the airport. Again, taking the flight comes out far more expensive than taking one of the direct buses that drive every day, every hour or two, from the North to Belgrade.

Kosovo Serbs have, however, reacted quite positively to this “historic deal.” Better to cooperate than fight, they would say.

But when you ask whether they would actually use the flights, the answer is mostly negative. Technical matters, including travel to the airport, the lack of connections, a fear of traveling to the South, documents… all these are just a few things that are still unclear to Kosovo Serbs.

They may perceive this deal between Belgrade and Prishtina in positive terms, but it seems like they will still keep things as they are; five or six hours of bus travel, and no bother with changes, or with documents.

Due to all of this, the question of whether a renewed connection will benefit Serbs in the North of Kosovo, as Serbian politicians say, is a moot point. “Maybe in the future”, as some people say – but not now. Air travel from Prishtina to Belgrade might serve a privileged class of Kosovo’s citizens, but not the majority who will likely stick to the bus for economic reasons.

This agreement may have finally unfrozen relations between Kosovo and Serbia but its exact nature is still lurking in the shadows, unclear, coming “out of nothing” – and perhaps just something for the American president to brag about on Twitter, with elections looming in the US.

Nevena Radosavljevic is a freelance journalist and trainer in peace-building and conflict transformation from Leposavic. She is a Ph.D. candidate at the LMU in Munich and holds an MA degree in Peace and Security from the Institute for Peace Research and Security Policy at the University of Hamburg.