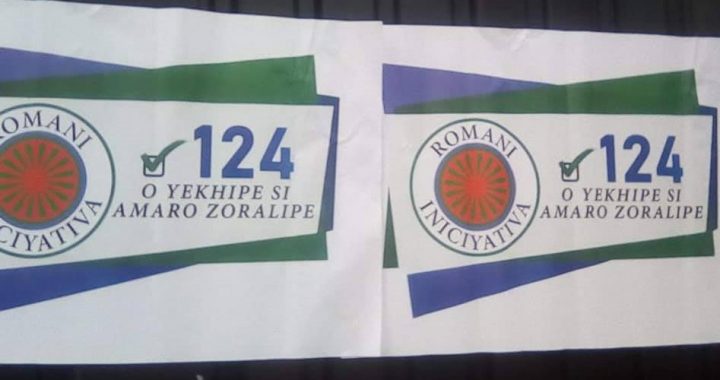 Berisha accuses Romani Initiative of being ‘a product of Srpska Lista’

After receiving large numbers of votes in Serb-majority municipalities, Romani Initiative has been accused of collaborating with the Belgrade-backed Srpska Lista in Sunday’s elections.

Prior to the election, BIRN reported allegations that Srpska Lista was seeking to expand its parliamentary power by encouraging its supporters to vote for candidates from Kosovo’s non-Serb ethnic non-majority communities that were sympathetic to the party.

Among those identified as likely to receive support from Srpska Lista voters was ‘Romani Initiative’, a newly established citizens initiative competing for seats allocated to Kosovo’s Roma, Ashkali and Egyptian communities.

In a press release on Friday, the PLE, stated that the party was initially skeptical about these reports. However, they added that, following early election results published by the Kosovo Central Election Commission, “it is clear that ‘Romani Initiative’ is a product of [Srpska Lista].”

On 3,827 votes, Romani Initiative are currently placed first among the nine political entities competing for the four seats at the Kosovo Assembly reserved for Kosovo’s Roma, Ashkali and Egyptian communities.

As things stand, Romani Initiative is set to win two of these four seats: the one reserved for the most voted Roma candidate, and the additional seat which goes to the most voted party from among the three communities.

In PLE’s statement, the party claimed that Romani Initiative received votes in areas of the country “where the Roma community does not live at all.” Data from the Central Election Commission, CEC, support these claims, showing that Romani Initiative received a large number of votes in Serb-majority municipalities with no documented Roma communities.

In Ranilug and Partesh, the party received a total 287 votes, while according to municipal profiles conducted by the OSCE in 2018, there are no Roma residents in these municipalities. In Leposavic, Romani initiative received 244 votes while only nine residents from the Roma and Ashkali communities are documented by the OSCE.

Romani Initiative received 1,620 votes in Gracanica, nearly half of its overall total. However, the PLE’s Veton Berisha told Prishtina Insight that he believes there is a maximum of 300-400 registered voters from the Roma community in Gracanica.

Berisha added that the extra seat for the most voted entity among Kosovo’s Roma, Ashkali and Egyptian communities had never been won by a Roma party before. The PLE leader believes that this is largely due to demographics, as he estimates that there are around 7,000 Egyptians in Kosovo compared to around 2,000 Roma.

“It is not possible to create an initiative just before the elections and to win two seats,” Berisha said.

Salijevic argued that the initiative received votes from across the country, including in 36 municipalities. “Among our voters there are Roma, Albanians, Serbs…” he said, adding that they were voted for by numerous people known to the party, including in Malisheva and Hani i Elezit. According to data from the CEC, Romani Initiative received seven votes in Malisheva and one in Hani i Elezit.

Salijevic also denied that any Roma MPs will join Srpska Lista’s parliamentary group. “No, no. I say 100 times no. We have nothing to do with Srpska Lista,” he said, adding that the initiative would work with other representatives from Kosovo non-Serb ethnic non-majority communities.

However, the PLE stated that the results represent a violation of Kosovo’s constitution, and invited diplomatic, political and justice institutions to react. The party warned that if action was not taken “this practice will become a dangerous precedent in the future.”

Berisha, who is set to lose his seat in the Kosovo Assembly to a rival party from the Egyptian community, told Prishtina Insight that Kosovo’s institutions should have monitored the voting process more closely, as there were warnings of this before the election.

“This has nothing to do with my political fate, but it will damage the future of non majority communities in Kosovo,” he said. The PLE leader added that the party would wait until preliminary results are published by the Central Election Commission before taking procedural action in line with the law.