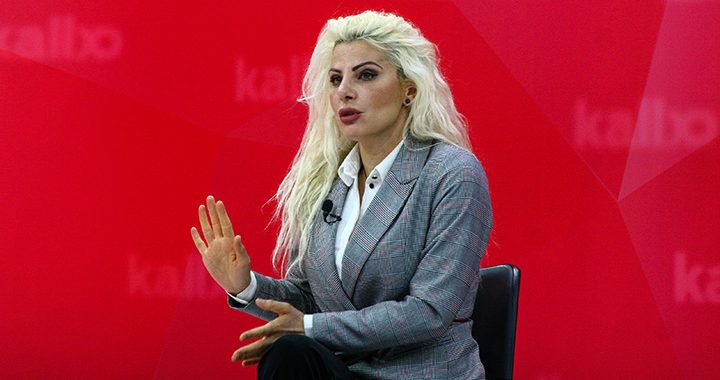 Political representatives from Kosovo’s Serb and Bosniak communities have told BIRN that Srpska Lista are trying to ensure that MPs sympathetic to the party are elected to the 10 parliamentary seats allocated to Kosovo’s non-Serb ethnic minorities.

In a debate hosted by BIRN Kosovo’s Jeta Xharra on Wednesday, Duda Balje, the head of the Social Democratic Union, SDU, accused Srpska Lista of trying to influence the election of MPs in Kosovo’s non-Serb ethnic non-majority communities.

The Belgrade-backed Srpska Lista won all ten seats reserved for Kosovo Serbs at the Kosovo Assembly in October 2019, and will face little opposition in the parliamentary elections on February 14. In its report on the October 2019 elections, the EU’s observer mission stated that opposition parties in Serb-majority areas were “unable to mount effective campaigns due in part to intimidation of candidates, their families and voters in general.”

According to Balje, whose SDU will compete for the three seats representing the Bosniak community in the upcoming elections, the party is now also seeking to instill MPs sympathetic to Srpska Lista among the ten seats reserved for Kosovo’s other ethnic non-majority communities.

“In the last election Srpska Lista had 10,000 votes more than they needed and will therefore try to split this vote between other candidates,” she told BIRN.

Nenad Rasic, who was leader of a Kosovo-Serb opposition entity, the Sloboda coalition, in 2019’s parliamentary election, echoed Balje’s concerns, adding that this plan was already being implemented.

“Unfortunately [Srpska Lista] are sure that they will win all 10 MPs [representing Kosovo Serbs], and they have 10,000 surplus votes they want to distribute,” Rasic said, adding that a Bosniak candidate can become an MP with 2,500-3,000 votes, or a Roma candidate with around 1,500 votes.

The SDU leader stated that by backing these initiatives, Srpska Lista’s goal was to strengthen its position within the Kosovo Assembly. “If you get votes from Serbs, you are their pawn,” she said.

Slavisa Petkovic, a former MP at the Kosovo Assembly, supported Balje’s assertions, and argued that Srpska Lista’s motivation for seeking to gain a bigger voting bloc in the parliament was due to Vetevendosje’s strong position in the polls.

With recent polls putting Vetevendosje on as much as 48 percent of the vote, the party may only need a coalition with MPs from Kosovo’s non-Serb ethnic non-majority communities to form a government.

“With two or three more deputies from other non-majority communities they will try to prevent Vetevendosje from forming the government,” Petkovic said. “This is a scheme designed to make it hard for Vetevendosje to reach power.”

Anesa Collakovic of Nova Demokratska Stranka, a party representing Bosniaks in the North of Kosovo, told BIRN that she believes this tactic was nothing new, and has already been used in previous elections.

“This plan was cooked up a long time ago,” she said, pointing to the election of Adem Hodza, who represented Kosovo’s Gorani community between 2017 and 2019.

In an interview for BIRN on Thursday, United Community leader Adrijana Hodzic denied that there was any agreement between her party and Srpska Lista.

“As for votes from the Serbian community, it is not a real presentation of reality,” she said. “I can say in full confidence that there is no deal whatsoever between Srpska Lista and the United Community.”

Hodzic added that while she may receive support from a diverse voter base in terms of ethnicity at the upcoming elections, she would only be representing the Bosnian community at the Kosovo Assembly.

“I expect to receive votes from all communities living in Mitrovica, where I have worked throughout my career,” she told BIRN. “But if I become an MP, I will work only for my community, and my community is Bosnian. Period.”

BIRN also contacted representatives of Srpska Lista to enquire about these allegations but received no response.