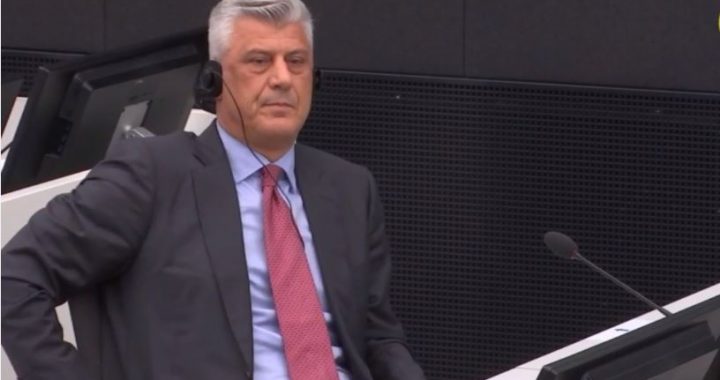 A pre-trial judge has rejected appeals for interim release by former president Hashim Thaci and his three co-defendants Rexhep Selimi, Kadri Veseli and Jakup Krasniqi, who remain detained at the Kosovo Specialist Chambers in the Hague.

An application for interim release for former Kosovo President Hashim Thaci has been rejected by Judge Nicolas Guillou of the Kosovo Specialist Chambers, KSC. Applications made for his co-defendants Jakup Krasniqi, Rexhep Selimi and Kadri Veseli to be released have also been denied.

Thaci has been detained by the KSC since November 5, when the former political director of the Kosovo Liberation Army, KLA, resigned as Kosovo president and surrendered to the court, following the confirmation of an indictment charging him with war crimes and crimes against humanity.

Thaci’s defence team argued that his release was merited due to his conduct over the past 22 years, including his role in establishing the court, and his cooperation with officials. The defence added that current restrictions relating to COVID-19 should also be taken into consideration.

However, the pre-trial judge concluded that there was a risk that Thaci will “abscond, obstruct the progress of [KSC] proceedings, or commit further crimes against those perceived as being opposed to the KLA, including witnesses who provided or could provide evidence in the case and/or are due to appear before the [KSC].”

Thaci’s co-defendants, Rexhep Selimi, Jakup Krasniqi and Kadri Veseli all had requests for interim release rejected by the court, with the same reasoning provided in each case.

In Thaci’s case, the defence submitted that he would comply with any conditions set on his release. However, Judge Gillou concluded that there was not “any additional limitations imposed by the Pre-Trial Judge, [that] could restrict Mr Thaci’s ability to communicate, through any non-public means, with his community or support network.”

The judge added that “it is through such communication that Mr Thaci could instigate, assist or otherwise engage others in intimidating or harming those perceived as being opposed to the KLA.” He therefore concluded that any conditions placed on Thaci’s release “would insufficiently mitigate the risks of obstructing SC proceedings or committing further crimes.”