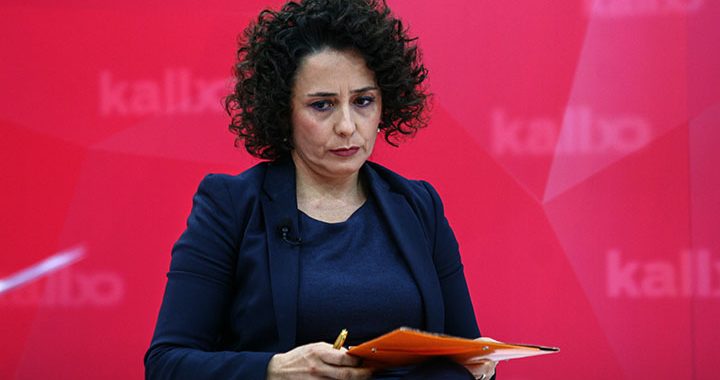 In an interview with BIRN, Adrijana Hodzic, leader of the Ujedinjena Zajednica – Adrijana Hodzic citizens initiative, UZ-AH, rejected claims made by other Kosovo Bosniak parties about irregularities in Sunday’s election.

Running for the first time in parliamentary elections, UZ-AH won 6,379 votes on Sunday, and the initiative looks set to finish as the most voted political entity vying for the three seats allocated to the Bosniak community at the Kosovo Assembly.

Other parties competing with UZ-AH include the Vakat Coalition, who are currently on 5,672 votes, Nova Demokrastska Stranka, NDS, who are on 2,763 votes, and Socialdemokratska Unija, SDU, who are on 2,434.

Anesa Colakovic of NDS told Prishtina Insight that, as the results stand currently, UZ-AH, the Vakat coalition and NDS will each receive one MP. She added that this situation may change depending on postal votes received from abroad, which are still being verified and counted.

However, representatives of NDS and SDU have accused both UZ-AH and Vakat of collaborating with the Belgrade-backed Srpska Lista in order to win these seats.

Before the election, Duda Balje of the SDU told BIRN that Srpska Lista was looking to encourage its voters to back candidates sympathetic to the party from Kosovo’s non-Serb ethnic non-majority communities. She claimed that the Belgrade-backed party was trying to increase its influence at the Kosovo Assembly, particularly highlighting Adrijana Hodzic’s UZ-AH initiative.

Following the election, the SDU leader, who is currently set to lose her seat at the Assembly, has accused multiple Kosovo Bosniak parties of receiving votes in areas where “no Bosniak lives.”

Meanwhile, Emilija Redzepi of NDS has stated that Srpska Lista had a direct influence on the election of Kosovo Bosniak MPs, and aimed to win all three seats representing Kosovo’s Bosniak community. She too cited votes for Bosniak parties in Serb-majority areas as evidence.

Responding to the accusations, Hodzic told BIRN that her political rivals were worried about losing power and were aware that these allegations were untrue. “The attack against me has only one purpose: to preserve the seats that they lost,” she said.

Hodzic added that she has no common political goals with Srpska Lista, and stated that she would “certainly not” join the party’s parliamentary group at the Kosovo Assembly.

However, according to data on Sunday’s election results released by the Kosovo Central Election Commission, it is clear that UZ-AH won large numbers of votes in Serb-majority municipalities, and fewer in areas heavily populated by Kosovo’s Bosniak community.

In the Municipality of Prizren, where according to the OSCE more than 16,000 Bosniaks reside, UZ-AH won only 225 votes compared to a total of around 6,500 votes that were cast for Vakat, NDS and SDU.

Meanwhile in Kosovo’s four northern Serb-majority municipalities (Leposavic, Zubin Potok, Zvecan and North Mitrovica), UZ-AH received 3,772 votes, more than half of its overall total. Conversely, the other three Bosniak parties received a total of less than 300 votes between them in these municipalities, 218 of which were for Vakat in Leposavic.

UZ-AH also received 1,237 votes in the municipalities of Partesh, Ranilug, Novo Brdo and Strpce, while according to municipal profiles compiled by the OSCE in 2018, there are only a total of 22 Kosovo Bosniaks residing in these areas. In Partesh, UZ-AH received 183 votes, despite the municipality having no documented Bosniak community.

Hodzic conceded to BIRN that she did not do any in-person campaigning in these municipalities, but denied that Srpska Lista were to thank for the votes she received. “None of the votes that I received were bought or forced by any sort of pressure,” Hodzic said.

However, Balje has promised to take the issue to the Constitutional Court, and told Prishtina Insight that the election results were the product of “a planned attack on the multi-ethnic state.”

“I lost as I have no power to fight Serbia,” Balje said. “It was clear Hodzic was supported by Serbia.”