Kosovo’s firefighters say they are working in very difficult conditions, with the dangers of outdated safety equipment coupled with low salaries, confusion over institutional responsibility and a lack of health insurance coverage.

Following the deadly earthquake that hit Albania in November 2019, rescue teams made up of firefighters from across the region were hailed for their role in saving the lives of many of the people trapped under the wreckage caused by the disaster.

But while the Kosovo firefighters’ contribution to the rescue efforts abroad were championed in terms of their capabilities, conditions at home often leave them struggling to perform their duties.

Members of the fire service must be ready to instantly respond to fires and other disasters that hit the country, but many are doing so against a backdrop of low wages, outdated equipment and an absence of health insurance.

Vesel Berisha is among the 85 firefighters working in Prishtina, and 787 employed across the country. He has worked as a firefighter for over a decade, but these days his discontent at the dire working conditions he and his colleagues endure starts at the fire station, even before he goes out to face the real day-to-day risks involved in the job. 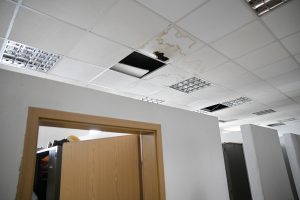 The facility of firefighters in Prishtina. Photo: Atdhe Mulla.

“If it starts raining, the roof starts leaking and it becomes like a river in here,” he says, pointing to the damage that the rain has caused to Prishtina’s central fire station in the neighborhood of Emshir.

Berisha’s other major complaint is about safety equipment, including uniforms. The National Fire Protection Association recommends a maximum 10-year service life on all forms of protective clothing, a deadline which, according to Berisha, has passed for many of the uniforms used by him and his colleagues. “We lack uniforms, as these uniforms expired two years ago,” he says. “We work with what we have. In comparison with other countries, we are at point zero.”

A lack of equipment in the fire service has more than a decade-long history. In an OSCE report from April 2008, just two months after Kosovo declared independence, issues around equipment topped a list of frustrations for the country’s fire brigades. While there has been a slight increase in staff since 2008, with 64 extra firefighters currently employed, things have not changed much in regards to equipment. 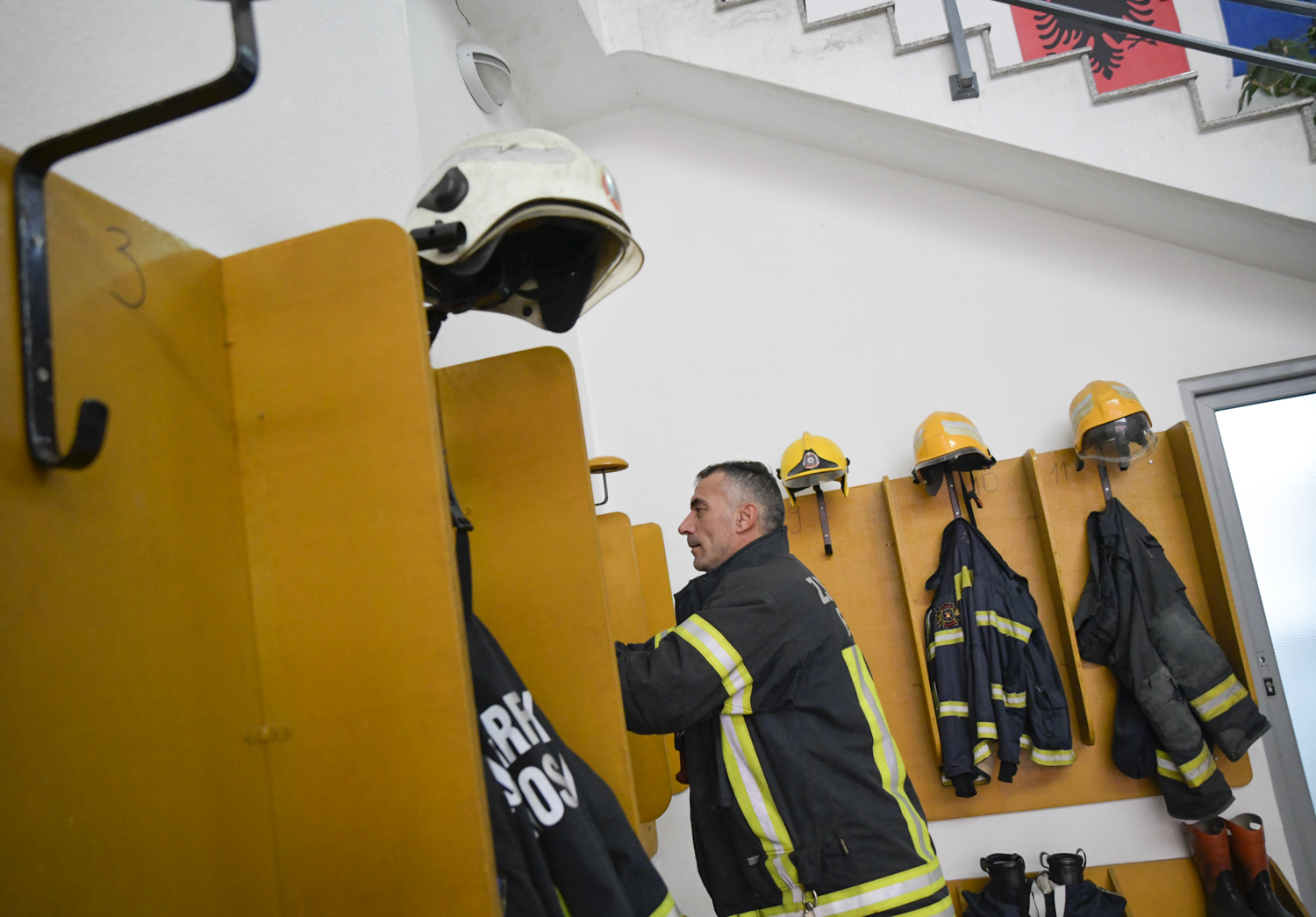 “To tell you the truth we lack numerous bits of equipment,” says Ali Haziri, who has been working as a firefighter for the last 16 years. “At the end of the day, we can do our job without some of them but not without uniforms. I cannot enter into a blaze with an old uniform and endanger my life.”

For those firefighters that do suffer injuries, the results can be expensive financially as well as physically due to a lack of health insurance. “When injured in the workplace, our firefighters had to cover their own expenses for medical treatment, because no institutions offered help,” Muharrem Beka, the head of the Firefighters Union, explains to Prishtina Insight.

The lack of health insurance is particularly relevant considering the aging nature of the profession, with the average age of firefighters in Kosovo currently standing at 48. 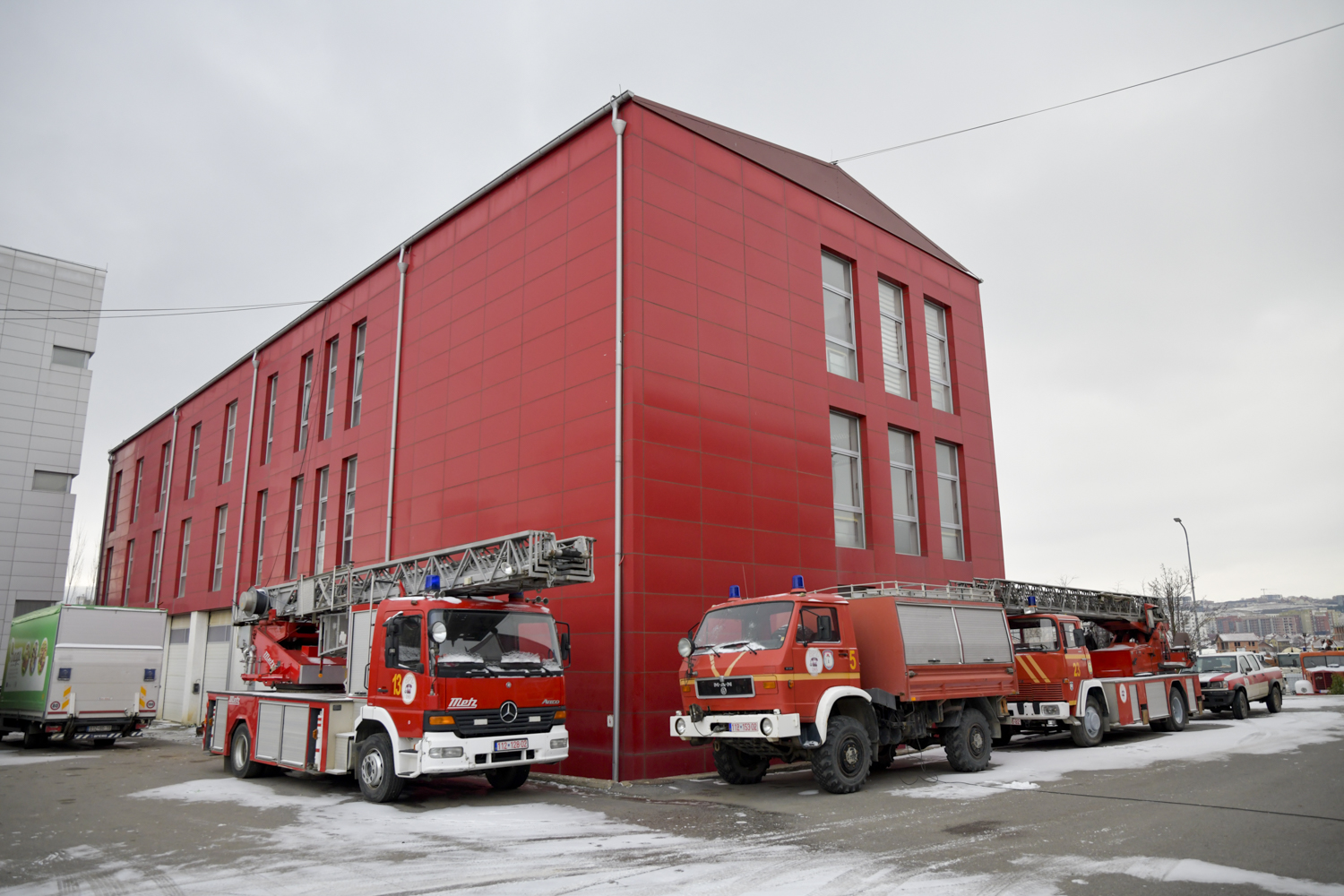 Another issue is reaching the fires. There are 220 vehicles used by the firefighters, but, according to the Emergency Management Agency, 21 are not usable, some too old and some in need of repair. Traffic is also a major obstacle, and firefighters understand when citizens are frustrated due to their late arrival, particularly in Prishtina.

“Traffic is a big problem, especially in the morning when it’s chaos,” says Berisha, explaining that there have been cases where fire engines were unable to access certain neighborhoods because of narrow streets, bad parking and the size of the engines. “Sometimes I have to apologize to citizens for not being able to help due to the traffic.”

Despite the numerous problems, Berisha believes that their job demands a reaction, even when facing this severe lack of conditions. “We cannot say no to a blaze, or to intervening,” he says. “We will fight with what we’ve got.”

Last year, the fire service fought 9,156 fires and engaged in nearly 1,500 other operations, including evacuations. The Emergency Management Agency told Prishtina Insight that there were also 36 cases involving serious injuries in which firefighters were called upon. 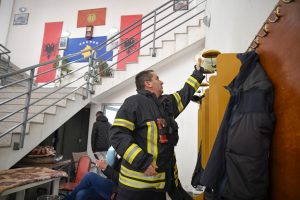 Berisha says that it has also become monotonous to repeat the same demands for improved conditions, but another issue is that it is not clear where to address such demands.

According to the Law on Fire-fighting and Rescue, firefighters are employees of the Ministry of Internal Affairs, MIA, but their salaries are distributed by the local municipalities, creating confusion over exactly who is responsible for Kosovo’s fire brigades, local or central government.

“Without clear management competencies, we do not know if we are employees of the municipality or the ministry, and no one takes responsibility,” says Beka.

Firefighters protested twice in 2018, in July and November, against numerous perceived injustices, including their legal status, working conditions and salaries.

Grievances over salaries were compounded recently after a law designed to increase salaries for public sector workers from the beginning of 2020, including leveling pay between firefighters and members of the Kosovo Police, was suspended by the Constitutional Court.

Union head Beka criticized the decision of the Kosovo Government made in October 2018, when it decided to pay overtime to members of Kosovo Police but the same practice was not followed for firefighters.

“Why have we been discriminated against like this for so many years?” he asks. “Night shifts, holidays and overtime have not been compensated since the war. This is discrimination and denigration.”

Beka adds that there is no door that the union hasn’t knocked over the past two decades to raise awareness about their conditions, but the doors remained closed by the institutions.

For Beka’s firefighter colleague, Ali Haziri, protests and other radical steps should not be excluded as a means to demand improvements to their working conditions. “Even strikes, why not?” he says.