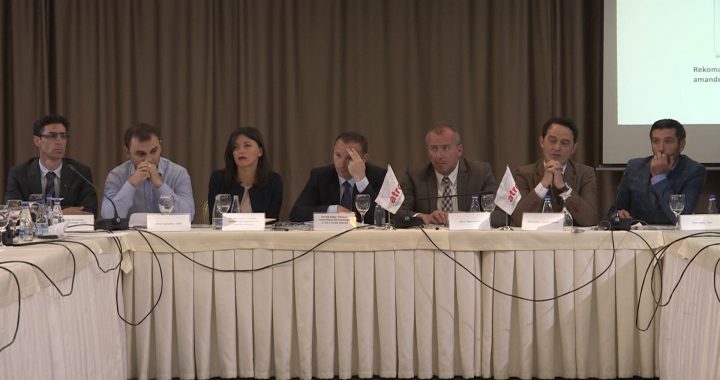 Civil society proposed changes to the Draft Laws on Inheritance, Uncontested Divorce and Notary, to advocate for women’s equality and agency in inheritance procedures.

Laws should be gender-neutral and apply to everyone equally, said Kushtrim Kaloshi, director of the Advocacy Training and Resource Center, ATRC, at a meeting to discuss gender neutrality in Kosovo’s legal framework.

The roundtable included Albulena Haxhiu, head of the parliamentary Commission for Legislation, Armend Zemaj, head of the working group for the Draft Law on Notary, and the Ombudsperson Hilmi Jashari.

Although he praised civil society’s work regarding recommendations for the draft laws, Jashari was critical towards the legislative body.

After the opening remarks, the civil society recommendations were presented by Labinot Leposhtica, representative of the Balkan Investigative Reporting Network, and Fitim Sadiku from NGO POLIS.

Leposhtica said that although the draft laws initiated by the Ministry of Justice brought positive changes, many issues have not been not dealt with.

Leposhtica mentioned a loophole in the Law on Inheritance, according to which the spouse of an inheritor, who dies before inheriting the property, is not considered a legitimate heir.

“As it is currently codified, the provision is no guarantee that we won’t have cases similar to that of Shyhrete Berisha, which has become synonymous with the difficulties of a woman who claims her rightful inheritance,” Leposhtica said.

Berisha’s husband died before his family distributed the inheritance amongst the heirs. According to the current law, Berisha is not considered a legal heir, although her husband would be. Berisha is currently fighting the case in court, demanding her right to inheritance based on her contributions to the family wealth throughout her marriage.

“We propose that in cases where one party is a recipient of social benefits, they should be unable to relinquish their inheritance because they would become a burden to the state,” Sadiku said.

After hearing the given recommendations, Vetevendosje MP Haxhiu recommended that working groups hurry the proceeding of these draft laws because there is a possibility for new elections.

Haxhiu criticized the lack of representatives from the Ministry of Justice and said that their absence is an indicator of their disinterest and irresponsibility regarding these important draft laws.

Zemaj also backed the proposals from the civil society and invited all other organizations to give their recommendations and contribute to the Commission working groups through participation.

The conference, organized by the ATRC, was one of many activities organized by civil society aiming to advocate for women’s property rights in Kosovo.

Earlier this year, BIRN submitted its recommendations regarding these draft laws at the Kosovo Assembly.