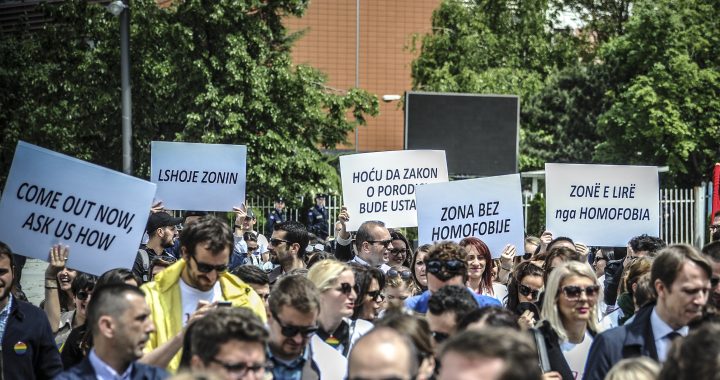 For those ‘in the closet’ because the house isn’t safe

While we mark the International Day Against Homophobia, Transphobia, and Biphobia, we should question why we still fixate on ‘coming out of the closet.’

Several years ago, an LGBTQI advocacy group at my undergraduate college built a freestanding door frame in the center of the campus’s main walkway. The group was marking the US-observed National Coming Out Day, formed in the late ‘80s to celebrate gay and lesbian liberation through the act of proclaiming one’s LGBTQI identity, or ‘coming out of the closet.’  People openly and publically living the LGBTQI identity were to walk through the doorframe to emphasize visibility and to encourage the ‘closeted’ to come out and affirm their truth.

Finding people that unapologetically declare queer identities has given me life. I’ve found strength in queer vernaculars, people who talk and write from outside of the proverbial closet. The struggle for liberation has been fueled by those who loudly declare the politics of their sexual identities as an act of resistance.

The concept and metaphor of coming out of the closet has been central to western LGBTQI activism since the gay liberation movement, aiming to counter the shame and secrecy people experience within heterosexist oppression. It proliferated globally and in Kosovo too, where a “Come Out!” graffiti campaign was organized by Kosovo activists a few years ago in Prishtina. I see the act of ‘coming out’ as brave and recognize that it is not a finite process. Still, I always felt that metaphorical doors didn’t speak for all experiences, including my own.

Three years ago I went to a presentation of a friend’s personal and academic research project, one that has not left my mind since. Her work helped me put words to what I felt but didn’t understand—that the closet as a metaphor, though it dominates queer discourse, is imperfect and  fails to capture the nuances of sexuality and romantic desire in a hetero-normative system. Her project challenged what she called the ‘closet paradigm’ within queer studies, and was born from a personal act of negotiating multiple identities as a woman of color from an immigrant family of Muslim background.

Academics challenging the closet have argued that this metaphor is “claustrophobic” and fails to incorporate critical race theory and class analysis. Some say that the fixation on ‘coming out of the closet’ actually reiterates hetero-normativity. Shannon Woodcock argues that foreign LGBTI rights activists in Albania promote the ‘coming out’ trope without properly acknowledging the reality on the ground, ignoring the full experiences of for example, Albanian women who desire women and don’t identify with the term “lesbian.”

Darnell L. Moore argues that we should not assume that self-awareness begins with dismantling the closet because that thinking complies with the “heterosexist assumption that individuals are straight until and unless they disclose an alternative sexual orientation.” Focusing on the confessional act of coming out can reinforce binaries—you’re either in or out, ashamed or you’re proud, either living in secrecy or revelation. But experiences are often somewhere in between and very contextual.

Americans have an obsession with categorizing and revealing people’s sexualities. It’s commonplace to hear people guessing when so-and-so is going to accept that he is gay, when he will finally come out of the closet. Sometimes people are outed by others without their consent, and as one of my favorite writers on the internet said,  “once outed, one is drawn into a political space one might not have wanted to occupy.” A metaphor that is supposed to be liberatory has also been used at the expense of people’s agency.

Instead, Moore and Sekneh Hammoud-Becket write about the alternative practice of “inviting in” or “coming in,” which centers on the conscious and selective naming and performing of sexual identity. Though at first look this may seem like an argument over semantics, their individual rather than group-centered approach is an intervention on the entire closet paradigm (though another discussion should be how such an intervention privileges those of us with ‘passing privileges’). We want a world in which we can live in utter freedom; meanwhile, we make negotiations.

I always go back to something my friend said after presenting her research: the notion of the closet only exists because the house isn’t safe.

Thinking about safety within our literal and figurative homes is especially relevant now, as the International Day Against Homophobia, Transphobia and Biphobia, IDAHOT, is focusing on the theme of family: the role of families in the wellbeing of LGBTQI family members, respecting the rights of LGBTQI families, and reclaiming ‘family values’ from homophobic conservatives.

Over the past three years, LGBTQI and human rights organizations in Kosovo have organized marches to celebrate IDAHOT, which was established in 1990 when the World Health Organization General Assembly removed homosexuality from its list of mental disorders. Last year Kosovo activists marched alongside President Hashim Thaci. Though taking place publicly in the capital’s city center, the marches have always been organized privately, in a way ‘inviting in’ only trusted organizations and partners due to security threats.

The organizers decided not to have an IDAHOT march this year in the midst of the current political turmoil, postponing it to a later date. But IDAHOT’s 2017 theme of family should have us talking about securing the safety of LGBTQI people within their intimate circles—not for a superficial notions of a ‘safe space,’ but for a world that ensures the physical and psychological well-being of people.

The favorite catchphrase of Kosovo progressives—‘the laws are great on paper but are terribly lacking in implementation’—is of course relevant to gender and sexual orientation rights. Despite legal protections, Kosovo’s LGBTQI community faces pervasive institutional and societal barriers to justice. Because hate crimes are not classified properly, there is a lack of data on harassment around sexual orientation in Kosovo.

A 2015 poll by the National Democratic Institute, NDI, titled “LGBTI Public Opinion Poll: Western Balkans” found vast homophobia throughout the region. In Kosovo, the primary perpetrators of psychological abuse were found to be friends and classmates, and for physical abuse, friends. These findings were unique to Kosovo.

Sixty per cent of Kosovo’s population said they wouldn’t vote for a political party that supports LGBTQ rights (only 12 per cent said they probably or definitely would). This is important. President Thaci’s role in raising LGBTQI visibility in the IDAHOT march last year was significant, but what are political parties really doing to promote political and cultural shifts for LGBTQI rights?

Meanwhile, small NGOs are taking on the brunt of the political and social work. CEL, for example, in addition to its legal and mental health advocacy and support network, also keeps a social space open for the community. They’ve built a good relationship with Kosovo Police and their Report Campaign helps victims report directly to the NGO, even anonymously since oftentimes victims are afraid to speak out because perpetrators are often in the family.

When looking at the limited data from Kosovo on the extent to which people feel and actually are unsafe, the concept of “inviting in” is a useful way to counter the limitations of the closet paradigm. This isn’t an argument against coming out, and isn’t even about pride per se–it’s rather a call to focus on the community work we have to do to counter violence and support a diverse range of sexualities.

We need to support and financially equip these organizations that are proudly fighting for LGBTQI rights against the shame and violence imposed in a patriarchal system. We should also challenge ourselves to think beyond hetero-normative binaries rather than reproduce them. While we must acknowledge the role that shame and internalized homophobia play in social repression and how we perform our sexualities, we have to move past this fixation on the culture of confession. People’s choices may be dictated by real danger or even non-conformity to the entire mainstream model.  We all have unlearning to do while coping with heteronormative societies. But we should not reinforce the idea or assume that the failure to confess a queer identity confines one to an internally dark place.