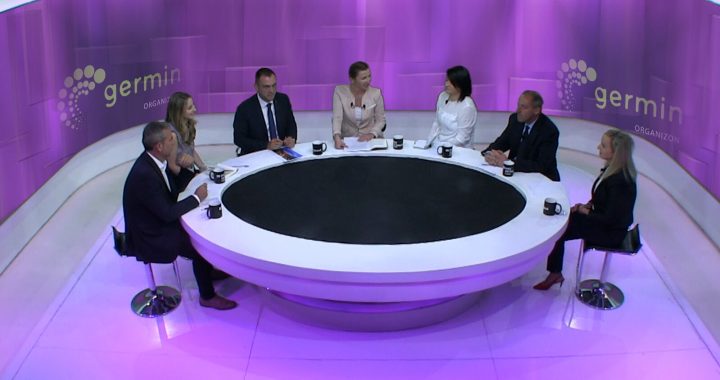 Kosovo diaspora disembark to Prishtina for a four-day event, set to connect them with various Kosovo institutions and emphasize potential collaboration beyond remittances.

A four-day conference titled Diaspora Flet (Diaspora Speaks), organized by Germin, a Kosovo-based NGO that works to achieve development in the Western Balkans through diaspora, will be held in Prishtina between May 17-20.

The conference will bring around 100 professionals from the Albanian diaspora to discuss the engagement of the community in social and political processes in the country.

According to the NGO, the event’s main goals are to connect diaspora agents with public institutions on Kosovo, create a space where diaspora can advocate for social, economic and political rights, create opportunities for two-way engagement, and build joint platforms to impact policy-making in Kosovo.

Ever since the ‘60s, Kosovo Albanians have steadily emigrated to other European countries for economic reasons, transferring remittances to their families back home. A surge of displacement also occurred during the Kosovo war, although it is estimated that most of the refugees were repatriated.

According to a study by the Kosovo Agency of Statistics, the Kosovo diaspora is made up of 704,000 people, 550,000 of which are emigrants and 154,978 who were born to migrant parents. Germany and Switzerland hold the majority of Kosovo Albanian migrants, 32.25 per cent and 22.94 per cent respectively, while others are scattered across Europe and the world.

Avdyl Gashi, marketing and PR manager of Germin, said that there is currently a lot of stigma associated with the diaspora in Kosovo.

“Unfortunately, many institutions see it [the diaspora] only as remittances, while other diaspora communities in the world are making amazing achievements and developing intellectual, financial, and patriotic potential,” he said. “This potential exists, Kosovo has to do its part.”

He said that the concept for the conference was created through a prior program, whose goal was to give a voice to the diaspora.

“It started with a program called Structural Dialogue for Diaspora Rights, which organized focus groups, discussion panels, action plans and other activities to engage the diaspora,” he said.

“The conference is a conclusion to the program, as it is expected to produce results on how to better connect the potential of the diaspora and country of origin.”

The keynote address in the conference will be delivered by Kingsley Aikins, the Irish founder of Diaspora Matters, a Dublin-based consultancy company.  A panel discussion with Dardan Gashi, Pandeli Majko and Edmond Ademi, the respective diaspora ministers of Kosovo, Albania and Macedonia, is also scheduled for the first day.

The second day of the conference is centered around meetings of diaspora participants with Kosovo MPs and parliamentary commissions where 11 reports, four analyses and seven action plans related to diaspora engagement will be presented and discussed by professionals.

The third day will bring together businesses representatives from the diaspora in various Kosovo municipalities to discuss philanthropic and financial potentials in the diaspora through panel discussions.

The last day will focus on local development and evaluation of investment potential in Kosovo municipalities by diaspora representatives.