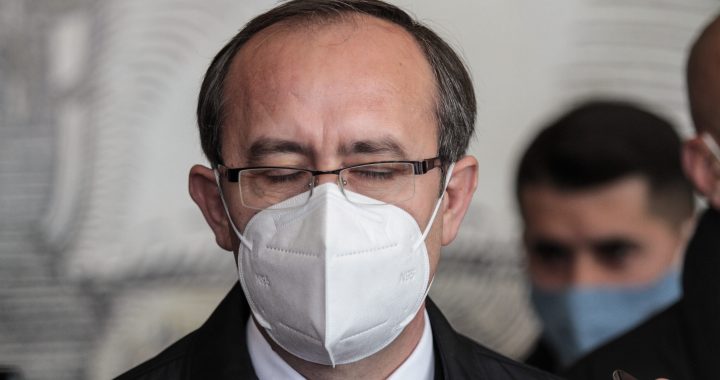 Kosovo’s Constitutional Court has ruled in favour of Vetevendosje’s complaint that Etem Arifi’s vote for the Hoti Government was illegitimate, ruling that the Government did not receive the vote of the majority of deputies and that elections should be held within 40 days.

Kosovo’s Constitutional Court has found that the election of the coalition government led by Avdullah Hoti, elected on June 3, was unconstitutional, ruling that it did not receive the mandatory 61 votes of Kosovo MPs. Furthermore, the decision foresees that fresh elections should take place within 40 days of the President’s announcement of the decision.

The Hoti Government was elected by the Kosovo Assembly on June 3, with a majority of one vote. Vetevendosje submitted a complaint on June 11 regarding the validity of the vote due to the legal status of MP Etem Arifi, who voted for the coalition government and was sentenced on September 29, 2019 on charges of corruption.

The Constitutional Court has accepted Vetevendosje’s complaint, stating in Point II of its decision that a person convicted of a criminal offense in the three years prior can not be a candidate for deputy, or win a valid mandate in the Assembly of the Republic of Kosovo.

The court added that this means that the Government was not elected according to the Kosovo Constitution, and that the President of Kosovo should announce an election, which must be held no later than 40 days following its promulgation.