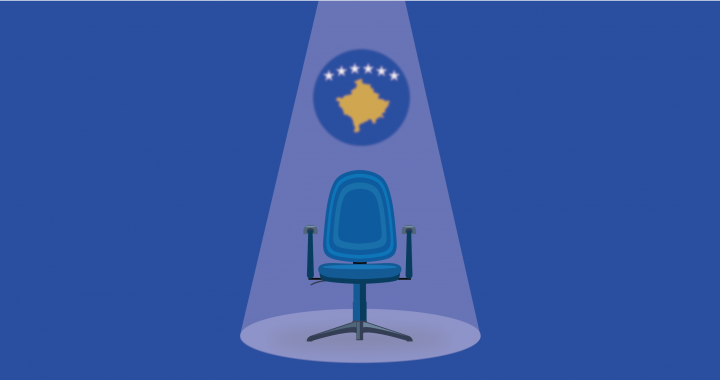 Debate over Kosovo’s next president heats up

Seven months before Hashim Thaci’s mandate is set to end, a number of senior figures from Kosovo’s political parties have entered into a public debate over the fate of the next president.

The five year mandate of Kosovo’s current president, Hashim Thaci, is set to run until April 2021.

However, the potential confirmation of a ten count war crimes indictment against Thaci by the Kosovo Specialist Chambers in the Hague has incited a debate over who will be the country’s next president. Thaci has stated that he will resign should the indictment be confirmed, meaning the chair may become vacant earlier than expected.

On August 12, the Alliance for the Future of Kosovo authorised its leader, Ramush Haradinaj to negotiate for the party in any discussions on the reconfiguration of the Kosovo Government, including any talks over the next president. The party also stated that Haradinaj himself should be a candidate for the role.

On August 21, officials from the New Alliance for Kosovo, AKR, announced that the party had requested its leader, Behgjet Pacolli, to declare his candidacy for president. Pacolli previously served as president for 41 days in 2011, resigning in March after the Constitutional Court ruled his election on February 4 as invalid.

However, senior figures from other parties making up Kosovo’s current coalition government, have refused to enter into the debate, with NISMA leader Fatmir Limaj describing discussions over the presidency as “shameful.”

“Kosovo has its president and it is not a topic of discussion,” Limaj said on Monday, following a meeting between the leaders of the governing parties.

According to the Constitution, every eligible citizen of the Republic of Kosovo may be nominated as a candidate for President of the Republic of Kosovo, provided he or she presents the signatures of at least 30 MPs sitting at the Kosovo Assembly. Candidates are then elected as president if they receive votes from at least two thirds of the 120 MPs sitting in parliament.

If no candidate passes this threshold in two initial ballots, a third vote between the most voted for candidates is triggered, in which a majority of 61 votes is enough to secure the presidency. Failure to elect a president results in the dissolution of the Kosovo Assembly, with new elections required to be held within 45 days.

Valmir Ismaili from the Democracy Plus NGO believes it is Haradinaj’s right to seek the presidency. However, he adds that Kosovo’s political parties need to build a consensus over certain principles that should be set before nominations are publicized.

“The practice of president Thaci has proven that a person who has led a political party or a government is incapable of exercising a unifying role as president, as is foreseen in the constitution,” Ismaili told BIRN.