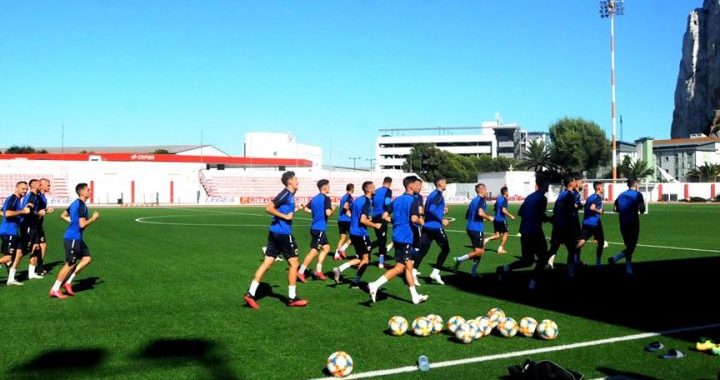 FC Prishtina out of European competition after positive coronavirus tests

UEFA have awarded FC Prishtina’s tie with Lincoln Red Imps 3-0 to the Gibraltan team after the match was twice abandoned due to players from the Kosovo club testing positive for coronavirus.

FC Prishtina have announced that UEFA have awarded their preliminary qualifying tie with Lincoln Red Imps for this season’s Europa League 3-0 to the side from Gibraltar. The decision leaves Prishtina out of the competition, while Lincoln Red Imps will face Union Titus Petange of Luxembourg on Thursday in the first qualifying round.

The tie was postponed twice after a number of Prishtina players tested positive for coronavirus, despite receiving negative results from Kosovo’s National Institute of Public Health.

Hours before the initial game scheduled between the two sides at the Victoria Stadium in Gibraltar on August 18 was due to kick off, a UEFA licensed lab announced that eight players from the Prishtina squad had tested positive for the virus.

The fixture was swiftly rearranged for August 22, after FC Prishtina managed to assemble a squad of loan players from other Kosovo Super League teams to represent the side. However, the game was abandoned for a second time when Prishtina failed to take the pitch, following eight players from the new squad again producing positive results at the UEFA licensed lab.

Representatives from FC Prishtina and the Kosovo Football Federation have stated that both matches were called off by the Gibraltan authorities rather than UEFA, and insisted that enough players were available to fulfill both fixtures.

UEFA’s regulations for this season’s Europa League in relation to testing state that: “If at least 13 players registered on the A list (including at least one goalkeeper) are available, the match must go ahead on the scheduled date.” However, the rules also state that this does not apply if national or local authorities require a large group of players or the entire team to go into quarantine.

The matter was referred to UEFA’s Control, Ethics and Disciplinary Committee, who on Monday determined that the match was forfeited by FC Prishtina, due to the decision from Gibraltar authorities to quarantine the players.

FC Prishtina have publicly expressed doubts over the veracity of the positive tests. On Saturday, the club described the testing in Gibraltar as “very strange”, claiming that one player testing positive had recovered from COVID-19 in the last month. On Monday, FC Prishtina stated that all eight players testing positive in Gibraltar again produced negative results after being retested at Kosovo’s National Institute of Public Health.

Prishtina are the second Kosovo team to forfeit a tie in European competition this season due to positive coronavirus tests. FC Drita exited the UEFA Champions League earlier this month, after Swiss authorities ordered the team to quarantine following two players testing positive for the virus.

However, the match was able to be played after being delayed by 24 hours, as the rest of the squad all produced negative results from a second series of tests. Gjilani won the match 3-1 and are set to face APOEL Nicosia of Cyprus in the next round.