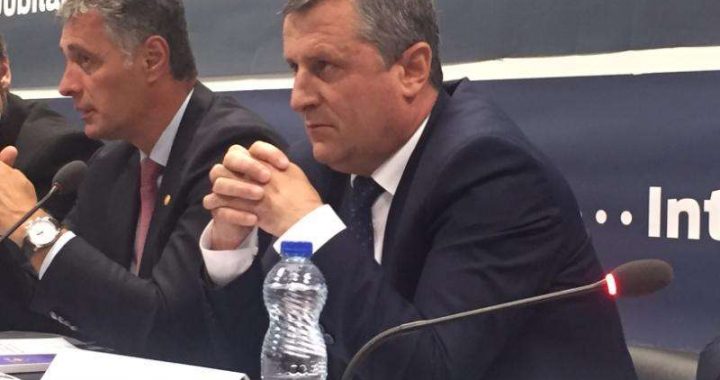 The European Union has expressed concern about the election of Blerim Isufaj as Kosovo’s new Chief Prosecutor on Wednesday, and local civil society organisations have urged President Vjosa Osmani to consider the evident shortcomings of the process when she decides to decree the decision or not.

Isufaj was unanimously chosen on Wednesday by the 11 members of the Prosecutorial Council, putting an end to a process marred by complaints from others in the race.

Before his election as Chief Prosecutor, Isufaj held several leading positions in Kosovo’s prosecutorial system, including as head of the Prosecutorial Council and of Kosovo’s Special Prosecution.

The head of the EU Office in Kosovo, Ambassador Tomas Szunyog, said he was “surprised and disappointed” with the Prosecutorial Council’s decision, after all the problems and complaints that the process had faced.

“Despite the EU’s continued calls to ensure a fair, transparent and merit-based selection of Chief State Prosecutor, the Kosovo Prosecutorial Council concluded the selection process disregarding these principles,” Szunyog tweeted.

Germany’s Ambassador to Kosovo, Jorn Rohde, echoed these concerns, saying that, “this is not the way forward”, referring to concerns expressed by monitoring organisations.

CSOs that monitored the recruitment process claimed the panel evaluated the candidates “in a clearly unfounded manner, violating the meritocracy of the process”.

“Isufaj, who is proposed for new Chief Prosecutor, was evaluated with a score of 98 out of 100, when his concept document and interview before the panel had many shortcomings in a professional aspect, which were easily noted,” the CSOs said.

PM Albin Kurti’s government has not reacted to the election but Adnan Rrustemi, an MP from the ruling Vetevendosje party and head of parliament’s Committee on Legislation hinted at his own disappointment in a Facebook post.

“There is still work to be done, so that the popular change of February 14, 2021, turns to the democratisation of our country,” he said, referring to the date when Vetevendosje won parliamentary elections by a landslide.

Since its establishment, Kurti’s government has been considering a vetting process for the judiciary and prosecution, which the EU has called “a source of serious concern”.

In its Progress Report for 2021, the European Commission noted that Kosovo is “still at an early stage” in developing a functional judicial system and fighting against corruption and organised crime.

“The overall administration of justice continues to be slow, inefficient and vulnerable to undue political influence,” the EU report said.

If decreed by President Osmani, Prosecutor Isufaj will serve a seven year-term.