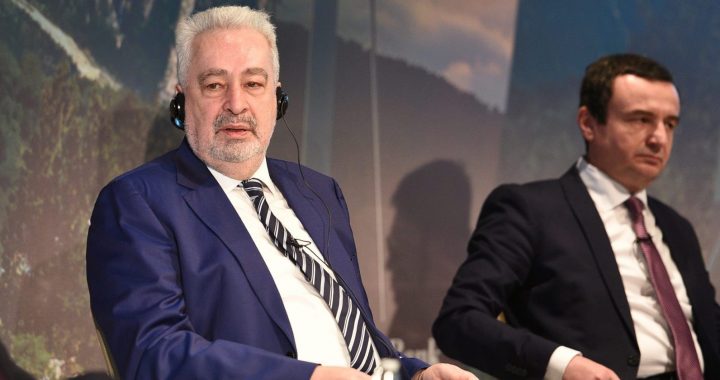 BIRN Fact-Check: Can Kosovo Reopen its Border Deal with Montenegro?

More than four years after its ratification by Kosovo’s parliament, some political leaders still hope the divisive demarcation agreement with Montenegro can be renegotiated.

It was voted on and sealed in Kosovo’s parliament in March 2018. But several years on, some in Kosovo still hope that the border demarcation deal with Montenegro signed in 2015, and ratified more than two years later, can be put up again for discussion. Four years after ratification, the borderline has still not been marked on the ground, while Kosovo leaders in recent weeks have hinted at their wish for a review.

Kosovo Prime Minister Albin Kurti on March 21, marking the fourth anniversary of the ratification of the deal by Kosovo’s parliament, told the media that he was waiting for a new Montenegrin government to be formed before raising the issue.

“We hope there will be new circumstances with a new [Montenegrin] government to address this issue,” Kurti said.

On March 31, Foreign Minister Donika Gervalla-Schwartz said demarcation between Kosovo and Montenegro was still not over, also pointing out that the border has yet to be marked on the ground by state commissions of both countries.

“The initial report on the work of the commissions of both countries drew serious reactions in Kosovo from the public and institutions,” Gervalla-Schwartz told the daily Vijesti.

“A new commission, later established by the Kosovo government, has identified serious violations in the work of the first commission,” she added.

Gervalla-Schwartz was referring to the joint statement of February 16, 2018, signed by two then-presidents, Hashim Thaci and Filip Vujanovic whose signatures opened the way for Kosovo’s parliament to ratify the deal later.

Gervalla-Schwartz claimed that their statement “allowed for a review of the process and possible corrections in two areas, Chakor and Kula”, the two contested areas that caused the most controversy in Kosovo when the agreement was signed.

Several Kosovo political leaders, including Kurti and former Prime Minister Ramush Haradinaj, protested both inside and outside parliament, using teargas and Molotov cocktails to try to block the vote on the deal, claiming that Kosovo would lose more than 8,000 hectares from it.

Xhavit Shala, a Kosovo constitutional expert, said an article in the law on ratification of border deal makes it clear “the provisions of this Agreement can be changed, following the same procedure envisaged for its adoption”.

The same law also provides that “international arbitration can be sought for changing provisions of the agreement” with the consent of both parties”, he said.

“If there is consent from both sides, this agreement can be changed or amended, as it is the case with any agreement,” he told BIRN.

In Vujanovic’s and Thaci’s joint letter, dated February 20, 2018, they had agreed that, after the agreement was ratified by the two parliaments, a “joint working body will be formed which will identify and address potential misunderstandings during the demarcation of the border”.

On March 25 this year, however, Montenegro’s President, Milo Djukanovic, insisted that the demarcation process had finished in 2015, when the two governments confirmed the agreement.

“Kosovo’s parliament ratified it [the border deal] a month later. As two states, we must move forward for a better life for our citizens,” Djukanovic added.

“I consider Kurti’s statement, which announces dangerous aspirations to violate the territorial integrity of Montenegro, an inadmissible provocation,” he said on Twitter, reacting to Kurti’s statement of March 21, when he said he hoped a new Montenegrin government would revisit the issue.

He told the daily Reporteri that there is no issue between Montenegro and Kosovo that he will not discuss openly.

“When a new government is formed, we will put all the issues on the table, we must have transparency in our work,” he said.

On July 23, 2021, Montenegro’s Interior Ministry told BIRN there will be no changes to the border agreement, saying the two countries no longer had any disputes that need reviewing.

“The border agreement cannot be reviewed, nor can its revision be performed. There can be no arbitration because this implies a territorial dispute. Montenegro and the Republic of Kosovo confirmed by the concluded Agreement that they don’t have disputed territorial issue,” the ministry told BIRN.

Earlier, on July 7 that year, Kosovo’s Kurti had said the agreement with Montenegro, in the form in which it was ratified in 2018, could not be implemented and announced the formation of a new commission for demarcation and maintenance of the borders.

“I will make an effort to correct everything that was done unfairly and wrongly in 2018 when the agreement was ratified,” he told MPs. “I will use the mechanisms, as much as I can, to correct the terrible fatal mistakes the previous government made,” he added.

Kosovo and Montenegro started consultations on signing an agreement on demarcating their 79-kilometre border in 2012, and the agreement was signed in Vienna in September 2015.

Montenegro’s parliament approved the deal in 2016, but in Kosovo, a vote was postponed several times due to a lack of support among MPs and disputes over two locations and pastures covering about 8,000 hectares.

An international ad-hoc commission appointed by Kosovo’s former President, Atifete Jahjaga, in March 2016, headed by Fletcher Burton, a former US diplomat in Pristina, issued a report supported by Washington which supports the agreement reached by the two governments.

In July 2018, the states formed a joint commission to mark the border, but in July 2021, the Montenegrin Interior Ministry said that not one meeting had taken place so far.

“The Commission had a meeting four years ago, and again in March 2020. Montenegro sent initiatives for the implementation of the Agreement so the state border could be marked,” it said.

“We believe the Republic of Kosovo will contribute to the implementation of this agreement in the spirit of good neighbourly relations and regional cooperation,” it told BIRN.