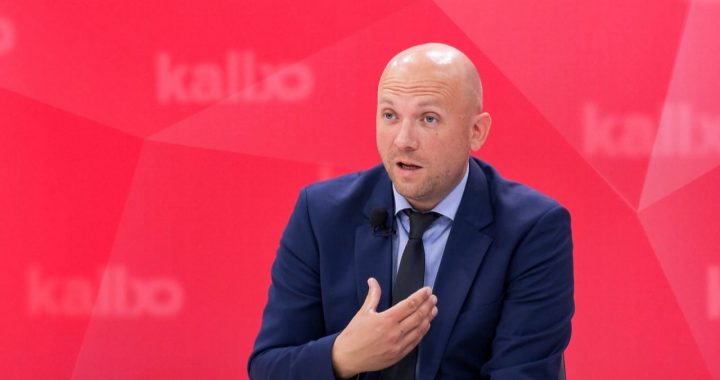 German Envoy for Western Balkans tells BIRN that the European Union needs to finally deliver on the promises it made to the region almost two decades ago in Thessaloniki.

Almost two decades after the European Union pledged a European future for the Western Balkan countries, Germany’s envoy to the region says it is time the bloc delivered on its promises.

Manuel Sarrazin who was appointed to his post three months ago, told BIRN that the EU is late on delivering its pledges to the six Western Balkan countries – and needs to use the momentum created by Russia’s invasion of Ukraine and start delivering the integration promised to these countries in Thessaloniki in June 2003.

“We need to try to build the credibility of the European enlargement promise. In 2003, there were promises made in Thessaloniki but 20 years later, over the last five years, we have had more difficult, or no decisions, than positive steps,” Sarrazin told BIRN in an interview.

Sarrazin was referring to the deadlock that several Balkan countries have been facing for years, with North Macedonia’s and Albania bids to start EU accession talks blocked by Bulgaria’s objections, and with the failure of the bloc to grant Kosovo visa liberalisation.

This leaves Kosovo as the only country in the region whose citizens are not allowed visa-free travel to the passport-free Schengen zone.

These decisions “should have been done much earlier” by the European Union, he says.

“Clear mistakes, big mistakes … Perhaps now is the momentum even by correcting these mistakes [and] create a positive dynamic,” he adds.

Asked when Albania and North Macedonia will finally open accession talks, Sarrazin does not want to mention dates.

They will start “as soon as we get the unanimous decision on the [European] Council, and we have now a situation when everybody is doing their best to convince our Bulgarian friends to not block it,” he says.

But he admits that “nobody knows” when the blockage will be lifted.

“The classical European Union answer is, ‘it is up to you’. It is up to how fast the reform process of the states is,” he says.

According to Sarrazin, the situation in Ukraine shows that for the EU to stay in an in-between position “might have horrible consequences – so it [the war] should be a push for the region but also for us in our approach to the region”.

Sarrazin also speaks in favour of Kosovo’s bid to join the Council of Europe, which drew a hostile reaction from Serbia.

“We are in favour of it [Kosovo’s application], we support it, and we will do what we can to make it successful,” Sarrazin says.

“I have the feeling that the Kosovo government knows what they are going to do. They prepared this, they know better with whom to talk. We will talk to our partners, we will be clear on our position, and we will say that this is an important signal,” he adds.

But Sarrazin warns that membership for Kosovo is not a done deal. “The [Kosovo] government knows that, until the decision, it is a long game, like a marathon … and in a good marathon you should not run for the first kilometers … you should maintain a clear pulse and a clear cadence to walk with,” he said.

But he adds: “We will join Kosovo all the way on the marathon route, give some drinks, cheer and support and talk to everybody to support Kosovo to be successful.”

“They [France] are willing to immediately engage with the organisation of inter-governmental conferences for opening accession talks [for North Macedonia and Albania] – and it’s not linked to this new kind of concept or frame that has been put forward by Macron,” he says.

“There is no other alternative than fully-fledged membership of Western Balkan states, as citizens of the European Union. Nothing else would function or be attractive. Do you know anybody who wants to become a second-class member of something?” Sarrazin asks rhetorically.

Sarrazin’s appointment in February this year has added to the number of diplomats playing the role of envoys from organisations and individual states, including the EU’s Miroslav Lajcak, the US’s Gabriel Escobar and the UK’s Stuart Peach.

Sarrazin says his position is heavily linked to the integration of the Balkan states to the EU. “My job is finished when they are in the EU,” he declares.

“It is a sign that Germany is engaged in the region and that we want to intensify our engagement for facilitating the accession process together with the partners in WB6 and in the EU,” he concludes.

*The interview with German envoy Manuel Sarrazin will be aired tonight on TV Dukagjini at 22:30.