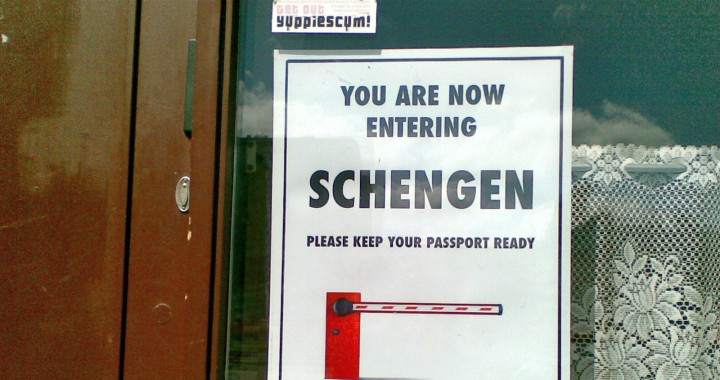 The European Union must decouple the demarcation issue from the visa liberalization process for Kosovo. It was unfairly put there and it is not really relevant for visa liberalisation, as it wasn’t for neighboring countries like Montenegro, Serbia and Albania.

Visa liberalisation for Kosovo citizens has turned into an unattainable goal. In 2012, the European Commission offered Kosovo the official list of criteria – the roadmap – for visa liberalization. The list was longer and tougher than those received by the neighbouring countries. It contained criteria not directly relevant to the visa process and unfairly applied only to Kosovo, such as the: “endeavor to complete…the delineation of the border/boundary with Montenegro.” Montenegro achieved visa free travel in 2009, without having to demarcate its border with Kosovo. So did Serbia and Albania.

By 2015, the EU waived the visa requirement for Moldova, Peru and Colombia. For Kosovo, the EU published a report that toughened the criteria further. On the question of border demarcation with Montenegro, it went from “endeavor to complete” to “should be ratified by Kosovo before visa-free status is granted to Kosovo citizens.”

In the meantime, the Kosovo Government did reach an agreement with Montenegro on border demarcation in 2015. However, some MPs from the ruling parties, all MPs from the opposition parties, and some independent geography experts, are not convinced that the demarcation process was conducted properly. They are demanding a new process that will more accurately establish where the border lies. Public debates and protests were organized and the issue has become very contentious.

The Government is however not backing down. Regardless of all the opposition, on 1 September 2016, the agreement was brought to the parliament for ratification, only to have the prime minister withdraw it again when it became clear he did not have enough votes to pass the deal.  Serb MPs, who are part of the governing coalition and on whose votes the government was counting, backed out on the day of the vote. It appears they have conditioned their vote with demands for more concessions for the Serbs in Kosovo.

The demarcation issue is just an excuse, however. For some time now, it has seemed that the EU has no intention of granting Kosovo visa free travel. In 2009, when Serbia was granted visa free travel, the European Commission wrote that Kosovo poses a “migration and security risk” thus the visa regime must still apply. That year, over 10,000 Kosovo citizens applied for asylum in EU countries. By 2014, the number of asylum seekers reached 80,000, even though very few, if any, are granted asylum. By the end of 2015, asylum seeker numbers dropped dramatically, though EU member states still fear that they will jump back up again.

Therefore, even if Kosovo ratifies the demarcation deal (and somehow meets the other criteria of strengthening its “track record on the fight against organized crime and corruption”), it will soon hit another wall. That of skeptical member states who still think Kosovo poses a migration risk and might botch the vote in the Council.

This does not mean that the demarcation issue should not be solved. On the contrary, Kosovo should do all it can to properly address it. The government must address opposition concerns, which will take time.

In the meantime, however, the EU must decouple the demarcation issue from the visa liberalization process. It was unfairly put there and it is not really relevant for visa liberalization (as it was not for any other country receiving visa free travel, including Montenegro). Also, by making it such an important criteria for the visa liberalisation process, it is giving Serb MPs a lot more bargaining power as they demand concessions, which in a normal democracy should not just be granted, but rather discussed and jointy decided based on merit.

This has been done before. EU has backed down from bad conditionality in the case of Bosnia and Herzegovina. Since 2010, one of the conditions for Bosnia’s EU membership application was the implementation of the Sejdic-Finci ECHR ruling. This decision orders Bosnia to change the arrangement established by the Dayton Agreement, which limits the eligibility for the president’s seat to Serbs, Bosnians and Croats only. Thus excluding other ethnicities. Six years later, due to voting procedures and other complications stemming from Bosnia’s complex governance structures, the issue is not yet been solved. But the EU decided not to block Bosnia any longer, and in February 2016 accepted Bosnia’s application for EU membership.

It should do the same for Kosovo’s visa liberalization bid. The EU should recognize that all parties are committed to addressing the border demarcation with Montenegro, but that it will have to be done properly and that this will take some time. The kind of time that Kosovo citizens should not spend isolated and unable to travel visa free to the EU.