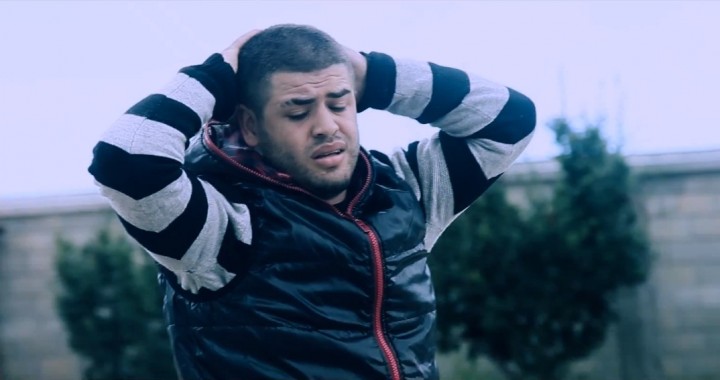 King rapper shot in the bum at Prishtina luxury hotel

Two hip-hop cliques, one from Albania, the other from Kosovo, clashed at the Swiss Diamond Hotel in Prishtina; two wounded and four arrested.

Two rappers ended up in the emergency ward after a shootout in downtown Prishtina. The attackers were immediately apprehended by the police, while the victims were also detained after receiving medical attention.

A Kosovo rapper, part of the Babastars crew, was caught on camera allegedly shooting at Rigels Rajku, alias Noizy, arguably the king of Albanian hip-hop and leader of the OTR pack.

“Rigels Rajku [alias Noizy] came in with a bullet wound at the right gluteal region,” Avni Xhafa, a surgeon in the Prishtina emergency ward, told BIRN, saying that the bullet was safely removed from the rapper’s backside.

The Albanian rapper known as the Undertaker, real name Denis Hajri, also suffered a bullet wound to the ‘gluteal region’ and a light wound to his head, but is not in a critical condition.

According to police and witness accounts, the OTR crew from Albania was at the Swiss Diamond Hotel, a luxury venue in Prishtina, ahead of a concert tour in northern Kosovo. There, they came across Visar Shala, alias Skivi, a member Kosovo’s Babastars, who reportedly tried to pestered OTR.

Several unconfirmed local media report that Skivi was at the venue in the company of no other than Sophie Kastrioti, the alleged heir of the Albanian national hero Gjergj Kastrioti (Skanderbeg), who led a rebellion against the Ottoman Empire circa 1400s.

Outnumbered, Skivi reportedly called for help. His buddies, among which the famed Kosovo rapper Ylber Abdullahu, alias Cozman, arrived at the parking lot of the hotel.

An amateur video of the incident has caught on tape the moment when Cozman allegedly shoots Noizy and the latter replies with a punch and sends the shooter KO.

Cozman was detained by the police on charges of attempted manslaughter.

The latest incident between Noizy and Cozman follows a series of tensions between the two crews. In 2012, both crews were involved in a fistfight during a concert in Switzerland.

Recently, in “Zone e lire,” an Albanian late-night show, Noizy called Cozman a “girl.” In another talk show “6 dite pa Ermalin,” he claimed he had sexual intercourse with Tuna, an Albanian pop-star from Macedonia, who used to date Cozman.

While Cozman and another suspect remain in police detention, Noizy and Skivi were set free after being questioned.