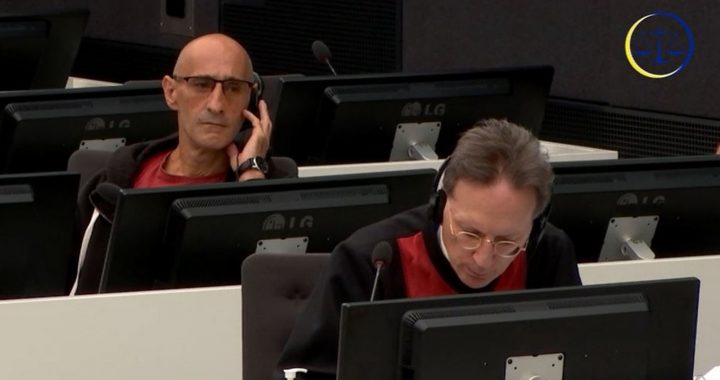 The Kosovo Specialist Chambers in The Hague began its first war crimes trial in the case against former Kosovo Liberation Army unit commander Salih Mustafa, who is accused of illegally detaining and torturing prisoners in 1999.

“Today marks a milestone for this institution and our work,” prosecutor Jack Smith said in his opening statement on Wednesday.

Mustafa is accused of committing the crimes at a KLA-run detention compound in Zllash/Zlas in Kosovo, against prisoners accused by the guerrilla fighters of collaborating with enemy Serbs or not supporting the KLA’s cause.

“The truth to be laid out in this court in the upcoming week is that KLA leaders… managed to victimise and brutalise fellow Kosovo Albanians who had different opinions from KLA leaders” or were part of a rival ethnic Albanian political force, the Democratic League of Kosovo, said Smith.

“In the course of this case you will hear from victims who have waited two decades to be heard for crimes committed against them and their family members”, including the relatives of a victim who did not survive, the prosecutor added.

Mustafa’s indictment alleges that he was part of a “joint criminal enterprise”, alongside “certain other KLA soldiers, police, and guards”, which had a “shared common purpose to interrogate and mistreat detainees”.

The defendant told the court on Wednesday that he understands the indictment, “but there is nothing real about it”.

“I am not guilty anything that this Gestapo is blaming me for,” Mustafa added.

He pleaded not guilty at a pre-trial hearing in October 2020.

A second prosecutor, Cezary Michalzuk, told Wednesday’s hearing that several victims will testify during the trial that Mustafa personally tortured them or ordered them to be tortured.

“The screams of the tortured were so loud they could be heard by the prisoners one floor below,” Michalzuk alleged.

He said that at least one victim will testify that the people who arrested him “wore uniforms with a red and black insignia with a hawk and the word skifterat [hawk in Albanian] around it”, which the prosecution claims was the insignia of the KLA’s BIA unit, which Mustafa commanded during the war.

The prosecution showed photographs of Mustafa wearing a red and black beret, and of the compound in Zllash/Zlas where it claims that his BIA unit illegally held and mistreated detainees.

Michalzuk said that “former members of KLA will testify that this compound was occupied by BIA” and that “several witnesses placed the accused at the compound in Zllash/Zlas during the time” of the alleged crimes.