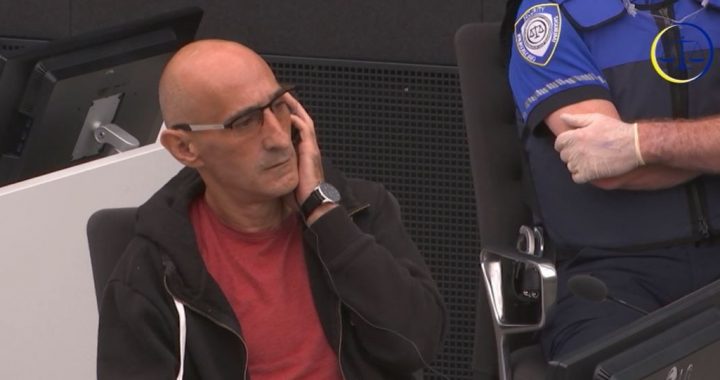 ‘Silenced’ Kosovo war victims given a voice at guerrilla’s trial

Under a scheme to give victims a voice in war crime cases, a statement was delivered at the opening of the Hague trial of ex-guerrilla Salih Mustafa, claiming alleged victims of Kosovo Liberation Army fighters have been intimidated into silence.

The Victims’ Participation Office of the Kosovo Specialist Chambers said in its opening statement at the first trial held at the Hague-based court on Wednesday that the alleged victims of Kosovo Liberation Army, KLA fighters during the 1998-99 war have been intimidated into silence for decades.

“Eleven thousand victims [of the Kosovo war] were civilians, some of these were victims of KLA members,” said the statement which was read out on the opening day of the trial of wartime KLA unit commander Salih Mustafa.

“A veil of silence has been covering some of the crimes committed in the Kosovo war, the victims have been silenced,” the statement continued.

It claimed that while some Kosovo war victims have been treated as “heroes or martyrs”, others have been “left completely alone, directly or indirectly intimidated and silenced for years”.

The statement was delivered to an empty chair because defendant Mustafa had walked out of court. He is charged with involvement in murder, torture, cruel treatment and arbitrary detentions during the Kosovo war in April 1999.

It is alleged that he committed the crimes at a KLA-run detention compound in Zllash/Zlas in Kosovo, against prisoners accused by the guerrilla fighters of collaborating with enemy Serbs or not supporting the KLA’s cause. He has pleaded not guilty.

The Kosovo Specialist Chambers’ involvement of victims in court proceedings is novel in trials related to the Yugoslav wars, although similar schemes have been implemented at the International Criminal Court in The Hague and the UN’s Special Tribunal for Lebanon.

At the International Criminal Tribunal for the Former Yugoslavia, ICTY, which operated until 2017, and at war crimes trials in Kosovo itself, victims have only been involved as witnesses.

The Victims’ Participation Office claimed in its opening statement that in Kosovo, victims of Slobodan Milosevic’s repressive Yugoslav regime are “encouraged to come forth with their stories and seek justice”. But it added: “If they are victims of KLA fighters… they are gaslighted as being against the KLA or not patriotic.”

The statement further claimed that Kosovo legislation does not recognise the alleged victims of KLA fighters as war victims, citing the Law on War Martyrs, Invalids and Heroes, which describes as victims either former KLA members or civilians who were arrested and tortured in enemy camps or were killed or wounded by enemy forces.

But the Victims’ Participation Office stressed that an individual, Mustafa, is on trial for alleged war crimes, not the KLA’s armed struggle for Kosovo’s independence.

It said that “the legitimacy of the KLA’s fight… never justified arbitrary detention, torture, cruel treatment or murder”.

“The rules of war apply to all sides and ought to be respected,” it added.

It argued that the trial represents an opportunity for the victims to finally be able to tell their stories and seek justice.

The Kosovo Specialist Chambers were established to prosecute KLA fighters for crimes committed during the guerrilla force’s 1998-99 war of resistance.

But the so-called ‘special court’ is widely resented by Kosovo Albanians who see it as an insult to the KLA’s struggle.