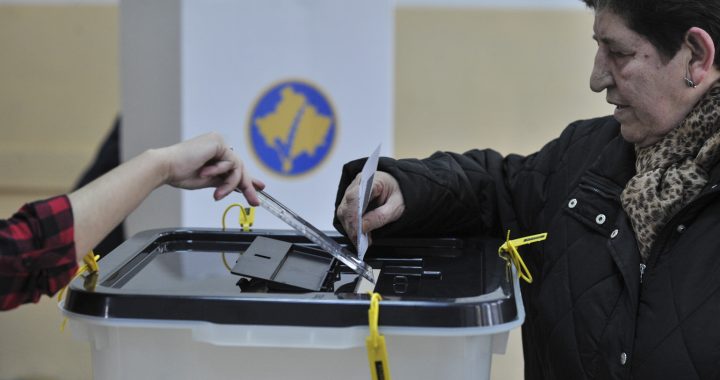 Five takeaways from the mayoral runoffs in Kosovo

On November 19, voters in 19 Kosovo municipalities voted in mayoral runoff elections. The preliminary results were published by the Kosovo Central Election Commission, CEC, before midnight and offered no clear overall winner. However, there are certain political parties that should be pleased with the electoral results, namely Srpska Lista and the Alliance for the Future of Kosovo, AAK.

Srpska Lista continues to dominate in all 10 of the municipalities with majority Kosovo Serb populations, while the Democratic League of Kosovo, LDK, won the most number of municipalities among Kosovo Albanian parties.

However, while LDK managed to win in Vushtrri, thanks to a wide coalition with other opposition parties, it lost Ferizaj, an important municipality, to the Democratic Party of Kosovo, PDK. It also lost Suhareka, this time to AAK.

AAK managed to increase the number of its mayors from three to seven, with the most important achieved in Gjakova, where it won against the only incumbent female mayor in the contest. Vetevendosje may have managed to keep hold of the capital, and may have also won Prizren, but both races are pending the completion of counting conditional ballots and votes sent by mail. The party did achieve a win outside of Prishtina for the first time, though, with about 55 per cent of the vote in Kamenica.

The once powerful PDK has now been rooted out from most of Kosovo and is confined to five municipalities in the central region. However, beyond the results, there are at least five important lessons that can be learned from the elections.

One of the key factors contributing to good results in mayoral runoff elections in Kosovo is the selection of a candidate that is best suited for the municipal context. This was proven in the electoral competition for the mayor of Prishtina, Prizren, Ferizaj and Gjakova. These candidates share some common features: most of them are knowledgeable about the problems in their municipality beyond the generic approach of promoting capital projects or big spending projects, and they were able to better articulate their program to the public. On the other hand, the two surprising PDK candidates – Valdete Idrizi, running for mayor of South Mitrovica, and Shaqir Totaj, running for Prizren – most likely lost because of the negative perception of voters towards their party’s governance heritage in the municipality and the leadership that nominated them. Both of them would have probably achieved a much better result if they had decided to run under the banner of another party.

Bearing in mind the small difference between the candidates in some mayoral competitions, paradoxically, the runoff confirmed the importance of achieving adequate local coalitions. The victories achieved in many cities have been the result of organic links between coalition partners based on mutual trust and responsiveness to the municipal context which tap into the general political trend calling for change.

This was the case for the mayoral battles in the municipalities of Vushtrri, Prizren, Ferizaj, and Klina, where opposition parties united around a candidate challenging the incumbent parties. On the other hand, there were examples of unprincipled public or hidden coalitions between the PDK and LDK in Prishtina and Kamenica that failed to materialize due to difficulties associated with forming coalitions among parties that have long traditions of animosity. These coalitions were perceived by voters as serving office-seeking goals rather than addressing the needs and interests of citizens.

Due to the format of many of the TV debates that took place between candidates and the lack of expertise by many TV moderators and invited panelists, the debates did not prove useful in clarifying programmatic aspects, but rather were used as platforms for attacking stances and initiating false news.

This was noted in the EU Election Observation Mission to Kosovo’s preliminary report on Sunday’s runoffs, which, despite stating that broadcast television offered balanced coverage overall, raised concerns about aggressive political rhetoric in Prishtina and heightened tensions in Gjakova and South Mitrovica.

In the upcoming municipal elections, it would be good if TV outlets reach an agreement to split TV debate topics so that they will scrutinise with the mayoral candidates (for instance, a TV debate could deal with education, another with health, and so on). In this way, citizens will find it easier to judge the rationality and feasibility of the programmes presented. In addition, such an approach would allow TV moderators and panelists to focus on a particular area of expertise and not to try to appear as experts on every topic.

The election campaign and management of expectations

The electoral race in the largest urban centres in Kosovo revealed the great potential of targeted and contextualised campaigns and counter-campaigns. This was particularly apparent in the mayoral race for the capital Prishtina, where it seems there was a coordinated effort among various party structures and economic interest groups (albeit with a long history of animosity such as the LDK and PDK).

This campaign started six months before the official campaign was launched and it culminated with the usage of fake news targeting specific voter groups (the most read news portal in Kosovo published over 200 news items against the incumbent candidate, at times without any facts supporting the claims it made). In addition, most political parties in Kosovo seemed to be unable to set realistic and attainable goals ahead of the elections. In many cases their unrealistic expectations simply set themselves up for failure.

Although there was a widespread belief and conviction that low turnout favors the incumbent candidates, in many municipalities there has been a change despite a low turnout (Prizren, which had the lowest voter turnout in the second round, is a clear example). Political parties that based their election projections using this principle therefore risked losing the race. The key to securing victory in such cases seems to have been the creation of momentum for change, effective concentration of party and political resources, and the establishment of coalitions that could prop up the vote.

The other fact that was exposed in the mayoral runoff elections is that in some key municipalities there is a clear polarization between the preferences of voters living in urban and rural areas. This could be explained partially by the fact that voters in the city are less dependent on clientelistic networks than rural ones. Moreover, this was the case despite the fact that some of the incumbent mayors (like Shpend Ahmeti, the Mayor of Prishtina, and Mimoza Kusari Lila, the Mayor of Gjakova) have had a balanced policy of capital investment in urban and rural areas, through balanced focus on road infrastructure, water and sanitation, and education facilities in both rural and urban areas.

Blerim Vela is a Doctoral Tutor in the Department of Politics at the University of Sussex.

This opinion piece was originally published as a blog for the London School of Economics and Political Science.