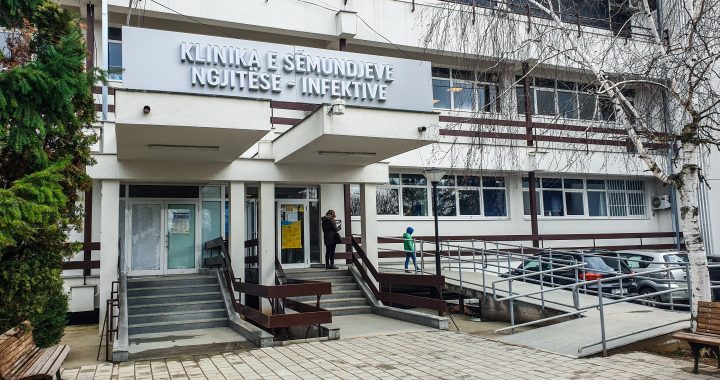 Following a declaration by the World Health Organisation labelling COVID-19 as a global pandemic, the Kosovo Government has introduced 11 new measures to protect against the spread of the coronavirus.

The Kosovo Government has decided to shut down all public and private education institutions across Kosovo until March 27, as part of 11 measures taken to protect against the spread of coronavirus. The measures, proposed by Minister of Health Arben Vitia, were approved at a meeting of the government held on Wednesday evening.

The Kosovo Government stated that public activities such as sporting fixtures and conferences  may only happen behind closed doors, and cannot be open to the public. Social areas such as restaurants, bars and gyms have had a curfew imposed, obliging them to close their doors after 23:00.

The Municipality of Prishtina also announced several precautionary measures on Wednesday, including disinfecting buses used for public transportation and temporarily closing four recreation centers for the elderly. From today, all municipal employees have been provided with masks, gloves and disinfectant, but the Municipality will continue to provide services as usual unless otherwise announced.

Kosovo is one of the only countries in Europe yet to announce a confirmed case of the virus, the spread of which was declared as a pandemic by the World Health Organization on Wednesday. Other countries in the Balkans have also tightened security measures, with most banning any travel to and from Italy, while the United States has suspended all flights from Europe.

According to the WHO, so far, there are 12 confirmed cases in Serbia, 10 in Albania, 7 in North Macedonia and none in Montenegro. Worldwide, about 120,000 cases have now been registered, with more than 4,600 deaths.

Italy, now the most affected country in the world in terms of the percentage of the population that is infected, though not in terms of absolute numbers, has ordered a nationwide lockdown to prevent the spread of coronavirus.

In full, the following measures were announced by the Kosovo Government:

1. To close all schools, public and private, at primary, secondary and university level until March 27;

3. Mandatory checks of travellers at all entry/exit points to and from Kosovo with the assistance of the Kosovo Police;

4. Mandatory self-quarantine for all citizens entering Kosovo from epidemic zones with a high or medium risk of infection according to the instruction of the WHO. In case persons are not able self-quarantine, it is recommended that they be isolated in joint quarantine areas to be installed by the Kosovo Government;

5. Public and private activities are permissible only behind closed doors (including sporting events, concerts, conferences, and roundtables) until a further decision on the matter has been taken;

6. To impose a curfew on restaurants, bars and nightclubs, gyms and swimming pools after 23:00;

7. To prohibit the export of medicine and material from Kosovo pharmaceutical producers, except when approved by a government decision;

8. All governmental institutions and other public and private organisations are obliged to take precautionary measures and disinfect their premises in accordance with advice provided by the Ministry of Health;

10. Organised bus transport across international borders should be banned to countries labeled as ‘high-risk’;

11. Punitive measures will be taken against all those who fail to respect these rules according to the respective law in force in Kosovo.