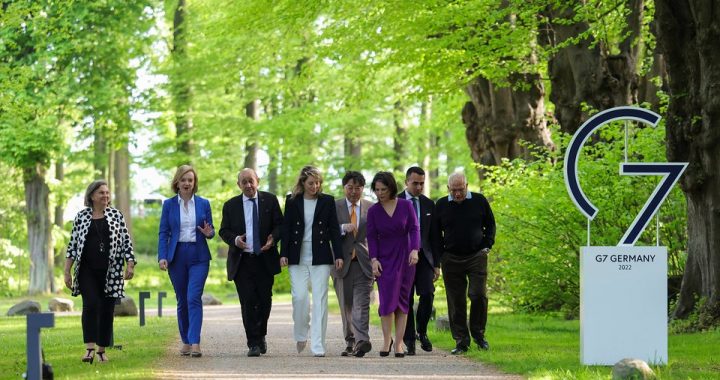 G7 Urge Kosovo and Serbia to Engage Constructively in Dialogue

The two sides have been advised to implement all past agreements without delay – and Serbia urged to start imposing sanctions on Russia.

After a joint meeting in Germany on Saturday, the G7 foreign ministers called on Kosovo and Serbia to fully implement all past agreements without delay.

They have sought the normalization of their relationship through a comprehensive and legally binding agreement, writes a press release published by the Government of the United Kingdom.

The agreement should enable the realization of relevant European perspectives that contribute to regional stability from which all people in the region benefit.

The group has also urged Serbia to join the rest of the Western Balkans in imposing and implementing sanctions to Russia, as a result of its offensive in Ukraine.

The countries of G7 committed to continue help for the Western Balkans to reduce their dependence on Russian gas and vulnerability to economic coercion.

State delegations from Kosovo and Serbia failed on May 13 to reach an agreement on license plates during a separate meeting held with EU mediator Miroslav Lajcak.

The dialogue between Kosovo and Serbia, mediated by the EU, started in 2011, and continues, without notable success.