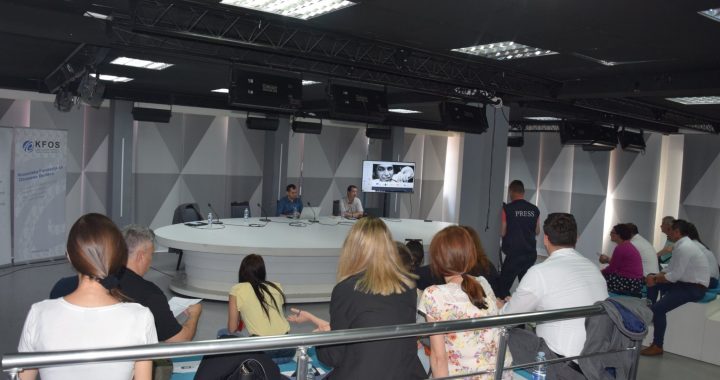 Relationships between Albanians and Serbs – friendships, cooperation, joint efforts, common life – have been collected in an online database to highlight their more positive side.

A non-governmental organization, Aktiv, from Mitrovica on Monday presented a website that contains material on Serbian-Albanian relations.

Despite the historically tense relations between Kosovo and Serbia, the new website, “Serbian-Albanian Friendship”, focuses on the good sides of this complex relationship.

The website is in three languages: Serbian, Albanian and English, and the content mainly comprises material on friendships between Albanians and Serbs, in order to improve relations and cooperate with each other.

The authors of the site are Aleksandar Pavlovic and Fillip Lukic.

Palovic, a researcher at the Institute for Philosophy and Social Theory, University of Belgrade, says the idea for the website was to focus on good examples of cooperation between Albanians and Serbs.

Pavlovic emphasizes that these examples include friendships, cooperation, joint efforts, a common life – “all those positive things that tied us together in the last 15 hundred years of living together”.

“Our motive for launching the website was clearly to counter the dominant tendency of overemphasizing hostility between Serbs and Albanians, and having only negative news and information about our relations, which are omnipresent in the media and on social networks,” Pavlovic told Prishtina Insight.

Pavlovic says they wish to add more material, include more authors, and regularly update the media and news archive. In addition, they are contributing to Wikipedia, which according to him has quite a bit on this issue.

So far, they have over 50 mostly complete books, dozens of authors who have written positively about Serbs and Albanians and hundreds of their articles, and a media archive with about 500 newspaper and media articles and introductions to the Serbian-Albanian dialogue.

Pavlovic says the site requires ongoing administration of the website, and needs further support to ensure the continued engagement of people on it.

It has a list of nearly a hundred authors, mostly of the younger or middle generation, from the region, who are currently writing and dealing with or have dealt with Serbian-Albanian relations.

He says that they did not encounter any difficulties in launching the website, regardless of the current Kosovo-Serbia situation.

“We do not engage with right-wing nationalists, ordinary politicians, we do not provoke anyone; we work with like-minded people who are fed up with hatred and hostility, and that is why so many people responded well to our website,” he says.

“Instead of constantly insisting on the negative, violent and hostile, let us tell those nice, good stories that are overlooked and bypassed,” Pavlovic adds.

The site is part of the project “Improving Serbian-Albanian friendship” which Aktiv is implementing in partnership with the Institute of Philosophy and Social Theory from Belgrade and the European Movement in Serbia, with the support of the Swiss embassy in Prishtina.

This website was initially launched in 2019 as part of the initiative “Towards Serbian-Albanian Friendship Policies” of the European Movement in Serbia and International Forum on Diplomatic Training, implemented with the support of the European Fund for the Balkans.

Kosovo-Serbia relations remain poor and the dialogue, mediated by the EU, which started in 2011, continues without success.