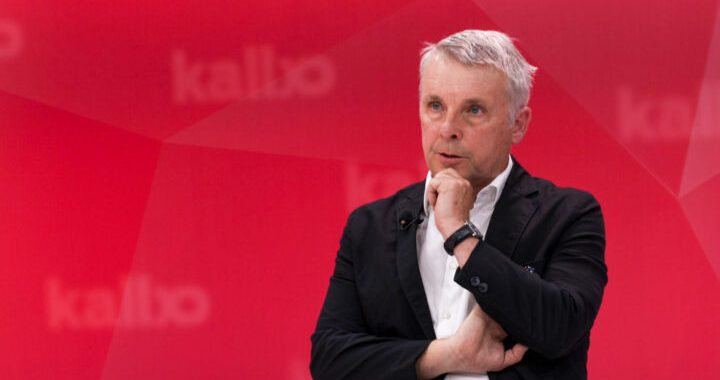 Jörn Rohde said that if authorities go ahead with restoring Xhafer Deva’s house in Mitrovica, his controversial historical role must be recognised.

Jörn Rohde, German Ambassador to Kosovo, told the TV show KallxoPernime on Wednesday that he has nothing against the renovation of the house of Xhafer Deva in Mitrovica if it is done for reasons of architectural value.

But to renovate this building, according to the ambassador, Deva must also be put in the right historical context. “You have to put the story in context. You know that the Germans have done terrible things in the past in the Balkans as well. Massacres and dealing with the past is a very difficult issue,” he said.

“If you announce something and you don’t put a controversial history figure immediately into the context, that is not the way forward,” he added.

The diplomat was referring to the controversial Albanian Interior Minister during 1943-1944, when Albania was ruled by Hitler’s Nazi regime.

Deva cooperated with the Nazi occupation and organized the establishment of the Albanian League of Prizren and is considered also the originator of a local SS division, the Skanderbeg division.

“We have to go through reconciliation, something has to be accepted, and Xhafer Deva is a historical figure. He was an accomplice to the Nazi regime. He had been employed by the German armed forces since 1941,” Rohde observed.

The debate over the restoration of Deva’s house has sparked mixed reactions in both Kosovo and Albania.

Some deplore Deva as an accomplice  to the Nazis while others see him as a defender of the national cause and as a saviour of Jews.

Rohde was among the first to criticise his rehabilitation. “Very concerned about restoration plans for Xhafer Deva’s house, a known Nazi collaborator and protagonist of infamous SS Skanderbeg Division,” he wrote on Twitter.

“You can be sure, we researched before we sent out the tweet and Xhafer Deva, even in Albania, is seen as very negative,” Rohde told Kallxo Pernime.

Kosovo’s Ministry of Culture has said it regards the house as a cultural heritage site that deserves preservation because of its architectural importance as the first building built in the modern West European style in Mitrovica.

The Ministry has insisted that the renovation does not honour Deva himself as a historical figure. It has declined to say what will happen with the project now.

Deva’s house is on the temporary protection of cultural heritage list for 2020-2021. The renovation of the house started in 2018, after a fire engulfed it in 2015. But the renovation was stopped and then resumed earlier this month.

Deva moved to Syria after the war and then to the US, where he lived until his death in 1978.