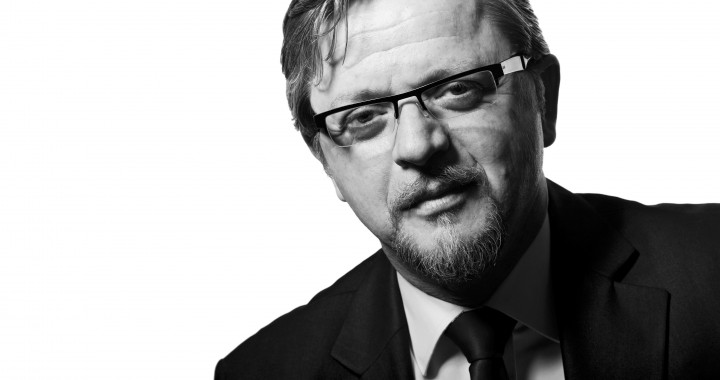 Gorani: Unification with Albania does not annul Kosovo

An interview with the new member of the opposition party Levizja Vetevendosje, VV, Dukagjin Gorani a former political analyst, civil society activist and journalist, about his party’s use of national symbols, and aspirations to unite with Albania.

Gorani, who joined Vetevendosje in June after serving as a regular pundit on RTV 21’s TV show “Click,” discussed inherent contradictions in the way that national identity is used and projected by VV. A former political advisor to Hashim Thaci, during the current president’s tenure as Kosovo prime minister, Gorani also explained that the unification project with Albania would not weaken Kosovo, but on the contrary would save the country in its time of need.

Vetevendosje, a left-leaning party (self-described as a movement), lobbies for Kosovo’s eventual unification with the Albanian state. Six members of its leadership were recently awarded Albanian citizenship by Albanian President Bujari Nishani. VV is known to protest in and out of the parliament, and together with the other opposition parties they were responsible for obstructing parliamentary sessions by setting off tear gas. In February, the US Ambassador to Kosovo,Greg Delawie, called their methods “disgusting.”

In an interview conducted via email Gorani explains why he considers the unification project as a possible solution to the uncertainty Balkans faces today.

Dukagjin Gorani: No. It is the opposite. The purpose of VV is to create a republic of social justice and legal equality considering Kosovo a functional state. We are conscious that the chances of economic and political stability of such a country are extremely difficult, judging from the concerning developments in the Balkans and the European Union.

Perhaps this is not what we thought in 1999, but the constant worsening of our situation happened despite of our desires. The world is not like it was in 1999, and together with it the Balkans, the European Union, Eastern Europe, and the Middle East have also changed. Today, Kosovo’s status continues to be at the mercy of complicated global and regional processes; something akin to Palestine, but in a different political and security context.

Thus, I see the identity issues that you mention as fluid and dynamic. They are dependent on and formed by the circumstances of our lives. They are not solid concepts, static and unchangeable. What if we do not succeed to survive as an independent state in a muddled Balkans? What will we do? Abandon Kosovo? Weep? Or, strive for survival by considering unification into one Albanian state as a nationwide effort?

PI: Is there a contradiction or paradox in these approaches by the opposition, when on the one hand, the concept of the “Republic,” “State” and “actualization of independence” is glorified, and on the other, “Greater Albania” is sought?

Gorani: Naturally there are contradictions and paradoxes. They are representations of our fragile political life and the complicated historical journey of Kosovo Albanians. You can hear the ‘contradictions’ of Vetevendosje from every other Albanian in Kosovo. They all talk about statehood and independence and they all longingly sing “Therret Prizreni Mori Shkoder” [an Albanian folk song about the unification of Albanian territories]. At the same time, many of them also scold Vetevendosje for an ‘anti-state approach’ in their statements!

These paradoxes have been embedded into our psyche for at least 100 years. Kosovo Albanians will understand what I am talking about. Truly, we have a case of ‘cognitive dissonance’ which I consider normal and completely understandable for a society such as ours. I do not know why a black and white approach is being popularized among Kosovo’s public opinion. So, you either are for an independent state, or you are for ‘Greater Albania’; you either are Albanian, or you are Kosovar; you are either with America, or you are against it.

This farce about ‘identity essentialism’ is both naive and primitive. I repeat, VV aims for a Republic of Kosovo, a functional state with an Albanian majority – yet, it never excludes unification with Albania as an objective bred by historical trauma and today’s concerns for regional developments. We are a people too small to insist on rigid identities and uncontestable approaches. VV is very concerned about how Kosovo’s statehood was constructed and managed from the inside and from the outside. I generally think that VV has a right to have its beliefs; I personally think that these beliefs are right.

Politically speaking, Kosovo continues to be a poor and unknowledgeable society. We are being held hostage by exploitative groups whom we entrusted with governance precisely because of this state-building enthusiasm and because of their deceiving discourse about ‘independence, institutionalism and partnership with the international community.’ VV needs to be seen in this context: a consequence that arose from desperation, deception, and massive abuse of the hope of Kosovo Albanians. For example, how much can you believe in a Kosovar state if it will continue being governed by this political caste for another 16 years?

PI: If unification between the two “Albanias” happens, what would its structure be? A federation or a classic state?

Gorani: I think that a short interview for PI will not allow me enough space to thoroughly answer this ambitious question. I would gladly answer in a more suitable format in the future.

PI: Can we consider that this propaganda does not constitute an isolated case, but represents uncertainties about the identity of Kosovo Albanians, misunderstandings, myths etc.?

Gorani: I spoke about this earlier. The large identity dilemmas amongst Kosovo Albanians are a representation of their historical trauma and amateur post-war politics. It isn’t a tragic thing – but it can cause tragedies if it becomes and integral part of culture and political communication.

These days, I am saddened to see the public tendency to demonize VV, specifically by the parts of society that formally oppose the current government. Despite its discursive opposition and radical condemnation against unfair life in Kosovo, VV is not responsible for the dire situation we are in today.

No one can attribute the blame to VV, despite the unceasing efforts. VV aims for an honest Republic and dreams of unification with Albania: these purposes are not causing the everyday misery experienced by Kosovo citizens. The misery is caused by bad governance, not the ideological goals of VV. Furthermore, I think that it is precisely the parties that do not have structured moral and ideological agendas that produce social dissatisfaction and political crises in the country.

We all know the answer to this. But, apparently, this is not stopping a portion of society from directing its scolds towards VV, mostly because VV is the easiest target. It is easy to damn an organization of opposition idealists for everyday hardships that the citizens go through. It is easy, but not necessarily right. Above everything, it is unfair – legally and morally.

Whatever it might be, VV makes its statements public. You can support it, or not. Vote for it, or not. But, curses and insults thrown at VV are meaningless because it is not in the government. After all, if you are against this government and VV or other parties are not suitable for you, establish your own party. Politics is, above all, work and engagement, not commentary.