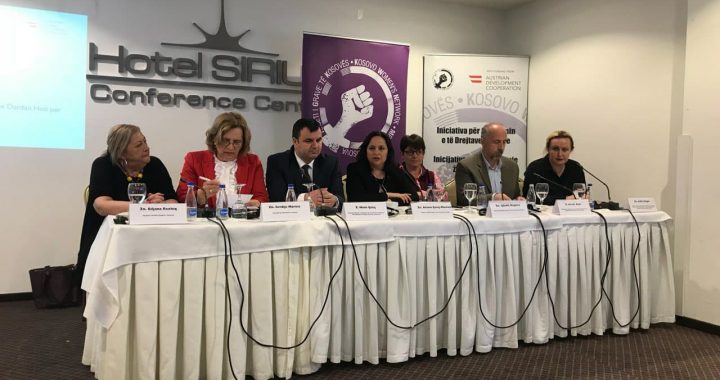 The Kosova Women’s Network published a report that analyzes institutional response to gender-based violence in Kosovo.

The report, titled “From Words to Action?” examines the handling of gender-based violence cases by local institutions.

The report also recommended the Ministry of Justice to appoint a national coordinator to hold institutions accountable for implementing the National Strategy of the Republic of Kosovo on Protection from Domestic Violence and Action Plan.

The report highlights an increased awareness among the Domestic Violence Investigation Units of the Kosovo Police regarding domestic violence cases, yet mentions a lack of sufficient expertise. Regarding improvements, KWN commends the appointment of prosecutors to specialize in gender-based violence cases from the State Prosecutor.

KWN reports several institutional flaws regarding domestic violence, including a lack of knowledge of the legal framework among the Kosovo Correctional Services, lack of finance for domestic violence shelters, and cultural norms that hinder the appropriate treatment of sexual violence victims.

KWN’s director Igballe Rogova said that there has been institutional progress for addressing domestic violence, but that practical difficulties persist.

“When we protested for a law on domestic violence in 2004, the government said that there is no violence in Kosovo, and we published a report called ‘Security Starts at Home.’ The law was approved, and then the first strategy followed by the second strategy in 2016. There is institutional progress, but there is no enforcement,” Rogova said.

“It is time to enforce these mechanisms and show perpetrators that their sentencing will not pass lightly. The criminal code should be amended so that it includes domestic violence as a crime,” she said.

Naim Qelaj, Deputy Minister of Justice, said that institutions are doing their job despite criticism.

“Thanks to political activism, the work done by KWN and other NGOs, Kosovo has achieved a stable legislation. Violence is punished, every relevant institution such as the police, the prosecution and the courts are on duty despite criticism by NGOs, which are of good intent,” he said.

Deputy Chief State Prosecutor Sevdije Morina said that prosecutors who specialize in domestic violence cases will be appointed in the near future.

Biljana Redzic from the Kosovo Judicial Council expressed appreciation for report, saying that the recommendations should be used as guidelines for preventing gender-based violence and domestic violence.

“Everything positive starts from KWN. I esteem BIRN’s investigative journalists a lot, even I am monitored by them,” she said.