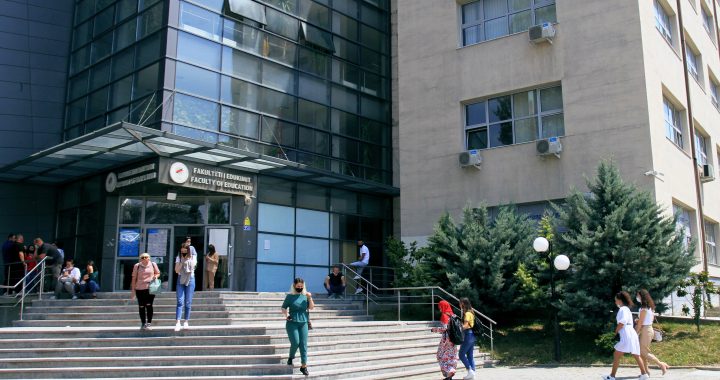 Inclusion of non-majority students at UP remains low

Over the last 12 years, the University of Prishtina has admitted only 990 students from Kosovo’s non-majority ethnic communities, with just 237 going on to graduate.

On Wednesday, Admovere, a transitional justice and education NGO, published a report highlighting the shortcomings of higher education policies regarding non-majority ethnic communities in Kosovo, particularly at the University of Prishtina, UP.

In 2016, a quota entered into force for public higher education institutions, stipulating that 12 percent of the number of students admitted in each academic year be from non-majority communities.

A total of 5,372 places were foreseen for non-majority communities at UP between 2008 and 2020, while only 990 students were admitted during that time.

The report adds that, of these 990 students, only 237 graduated, of whom 119 were students from the Turkish community, 92 were from the Bosniak community and nine each were from the Roma and Egyptian communities.

At the launch event for the report, its author Aulone Memeti revealed that only one student from the Kosovo Serb community has studied at UP in the last 12 years.

Memeti also revealed that the two issues most raised by non-majority ethnic students were economic conditions and concerns over language, adding that for the Serbian community, political factors were also an issue.

According to the report, there are no concrete policies in place at UP to provide assistance in cases where students are experiencing difficulties with language, despite legal provisions guaranteeing language rights for Kosovo’s non-majority ethnic communities in public life.

As for financial issues, the report states that faculties do not have the competences or a budget line that could enable a scheme to provide support to non-majority ethnic students with economic difficulties.