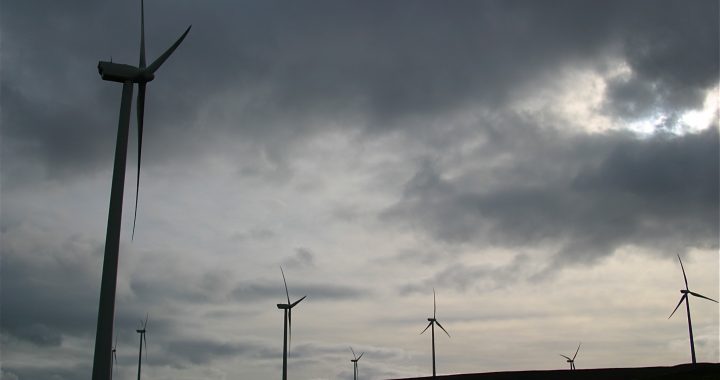 Invest in Kosovo (if you can figure it out)

Economic development falls within the purview of nine different ministries in Kosovo, creating a bureaucratic nightmare and hindering business development.

A young Kosovar who has been residing in Germany for a long time decides to invest in the construction of a wind power plant together with a relative of his in Kosovo. For the first time ever, the two young investors will implement a new technology that increases the efficiency of windmills. They have even identified the location where they will invest. All that is left to do is to follow administrative procedures and start the work.

Filling out the administrative documents should be the easiest thing for these young investors to do. But very soon they will find out that the bureaucratic mess in Kosovo’s institutions is more challenging than the engineering of energy production itself.

Like any other business that is registered in Kosovo, the business of the two young investors needs to be registered at the Ministry of Trade and Industry. At the same time, the young investors need to get a permit from the municipality where they will build the windmill power plant. The windmills will be placed at the top of a hill, which is owned by the Kosovo Forestry Agency, thus they also need to get a permit for operating the plant from the Ministry of Agriculture, Forestry and Rural Development, which administers this agency. Since the operation of windmills impacts the environment, the two investors will also need to get an environmental permit from the Ministry of Environment and Spatial Planning.

Can we start producing some energy now? No. Because the production of energy from renewables is listed among the list of strategic investments and since at least 30 million euros will be invested, investors will apply for the status of ‘strategic investors,’ as foreseen by the Law on Strategic Investments. But, here’s where things get even more complicated. With the restructuring of the government, strategic investments have become part of the Ministry of Diaspora portfolio. But, according to the Law on Strategic Investments, the Ministry of Diaspora is not foreseen to play a role. Thus, no one can give an answer as to how one can further proceed without the law being changed – something that can take a few months.

But the bureaucratic saga does not end here. Since energy also falls within the portfolio of the Ministry of Economic Development, and according to the National Action Plan for Renewable Energy Sources, this ministry determines the annual objectives for renewable energy sources; investors need to consult with the Division of Renewable Sources, a part of the Department of Energy at the Ministry of Economic Development.

And since the young investors will use innovative technology that increases efficiency of the windmills and has potential for expansion, they will also want to get the support of the Ministry of Entrepreneurship and Innovation. But since this ministry is still being consolidated and is yet to clarify its purview, the new investors will not receive a timely answer.

Investors need to wait for a final permit from the Energy Regulatory Office – the same place from where businesses have been waiting for almost two years for permits to operate.

Even if they get to finish all these procedures, the investors will need to negotiate with the private operator that manages the electrical energy network, KEDS, in order to be able to connect the new power plant with the closest distribution point.

Although the example given above is hypothetical, such a case is very likely to happen. Whoever decides to invest in Kosovo, in any sector, will need to face a nauseating bureaucracy. For a single project, an investor needs to go up and down six different ministries, a municipality, a public regulatory office and coordinate with a private operator.

The governments that came after 2008 did not decrease the number of ministries; in fact, they increased the number. In 2008, Kosovo had six ministries that covered various aspects of the economy, and at the end of 2017, it has nine such ministries. About half of the ministerial posts in the Haradinaj government deal with economic development. The new government, which was established in early September, added three new ministries that cover different sectors of the economy: The Ministry of Diaspora and Strategic Investments, the Ministry of Entrepreneurship and Innovation, and the Ministry for Regional Development.

But by increasing the number of ministries, Kosovo did not experience an economic growth or an increase in the employment rate. The annual economic growth was slower in the last few years than during 2007 or 2008 when the country had less ministries. At the same time, the employment rate in 2017 is almost at the same level it was in 2008. Regardless of the fact that unemployment figures look smaller, the number of jobs in 2017 is the same as in 2008.

Then, why do nine ministries for economic development keep Kosovo poorer than Finland or Estonia, which have only three ministries for economic development each? Why has the increase in the number of ministries that cover different aspects of the economy not brought about a real economic change in the past years in Kosovo? It’s simple: the number of ministries never reflects the real needs of the economy, but the financial interests of political parties that form governing coalitions. The large bureaucracy never develops the economy, but only hinders it. There is no country that has marked success in entrepreneurship and innovation as a result of a ‘ministry of entrepreneurship and innovation.’

If Gjirafa, one of the most successful companies in the country, which focuses on the success of the internet economy in Kosovo and other countries in the region, would have waited for the government’s support to launch, it wouldn’t even exist. This is true for any start-up: it won’t happen and it won’t be successful if it’s waiting around for the Ministry of Entrepreneurship and Innovation to begin its work.

The large number of ministries, besides abusing citizen taxes, is also an obstacle for businesses and a source of corruption. When a business has to deal with 10 bureaucrats in the Kosovo administration and spend time waiting in many offices, inevitably the practice of bribing, with the aim to expedite procedures through corruption, becomes a phenomenon which will continue to keep Kosovo high up on Transparency International’s corrupt and underdeveloped countries lists.