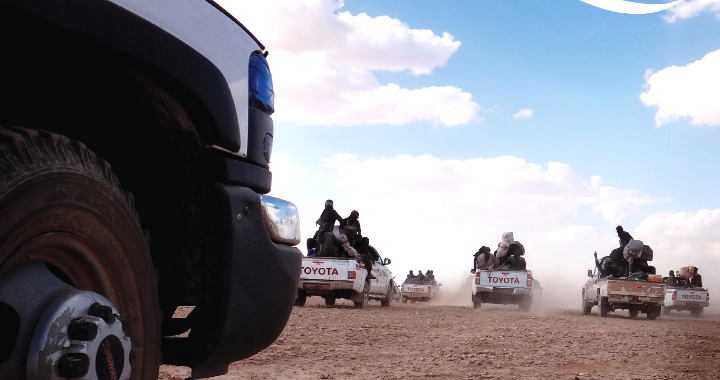 Kosovar man died in Syria in ‘an accident,’ father says

The family of Perparim Delija, a Kosovar reported to have been killed in Syria, claims he died in an accident.

Silence reigned supreme in the house of Sadri Delija in the village of Palabardh in Gjakova.

The family is preparing to mourn the death of Sadri’s son, Perparim, reportedly killed in Syria. But his father maintains that the son, a brother of a convicted terrorist organization member in Kosovo, died in a traffic accident.

The father denies that either of his sons were involved in fighting and that they went to Syria before the war started in 2011. He claims that the recently deceased son, Perparim, was not involved in fighting and that he moved to Syria after first moving to Germany seven years ago. According to the family, Perparim has not visited Kosovo since then.

“We received the news [of his death] from his mother-in-law who lives in Germany. According to the photos, our son has died in a traffic accident involving a motorbike,” claimed Sadri Delija, adding that he only found out about his move to Syria afterwards. “I only found out later that he’s not living in Germany anymore. He wanted to live there, he was not killed in the war,” the father maintained.

“When he went to Syria, there was no war there, but this is the will of Allah, this was his destiny,” said Delija.

Meanwhile, Perparim’s brother Arber Delija was sentenced with two years and six months for being a member of terrorist groups in Syria. Although Delija plead guilty to the charges raised by the Kosovo Special Prosecution, his father claims the verdict was “unjust.”

“Arber was there five years ago, he stayed six months. Back then Syria was free – whoever wanted could go, see what is there and he came back home and created a family, he has a wife, a son, and these [the State Prosecutor] sentenced him although there was no law at the time forbidding him from going there,” Sadri Delija said.