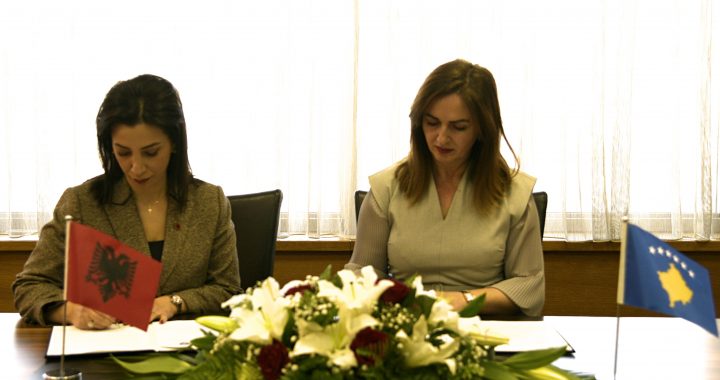 Pupils in Kosovo and Albania will soon be able to study from a unified children’s textbook that is expected to be distributed in 2022.

Kosovo’s Minister of Education, Science, Technology and Innovation, Arbërie Nagavci, and her Albanian counterpart, Elvis Kushi, on Tuesday signed an agreement on drafting a joint children’s reading and spelling book for beginners to be used in both countries.

At a joint conference in Kosovo, the two ministers said it was necessary to have a single textbook for all Albanian-speaking pupils. “We are happy that this textbook will be used in both countries by all children …regardless of where they live,” said Nagavci.

Minister Kushi said the two ministries would design a joint, transparent and equal competition for pupils to receive the textbook as a gift in 2022, marking the 110th anniversary of the Independence of Albania.

Kushi said that although she values ​​existing primers, according to her, in new conditions and a new socio-cultural context, all the arguments favour drafting a common primer. “There is nothing better than a nation, a language and a beginners’ textbook,” she said.

At the seventh meeting of the two governments in November, held this year in Elbasan, Albania, Prime Ministers Albin Kurti of Kosovo and Edi Rama of Albania agreed on the need for a joint textbook.