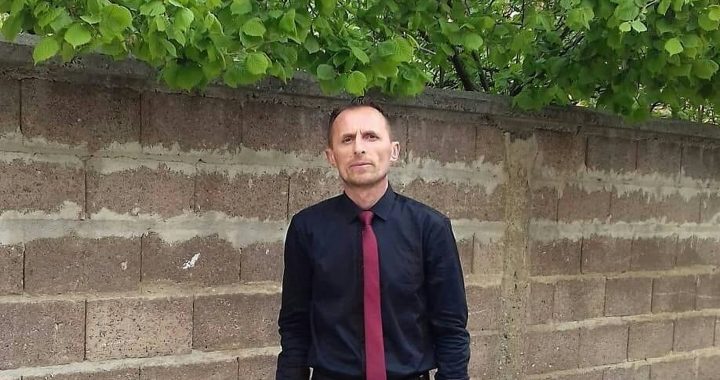 Kosovo Albanian celebrities and politicians posted videos of themselves on social media doing Albanian folk dances in support of a high school teacher who was harshly criticised online after posting his own dance videos on TikTok.

An online support campaign was launched on Monday after a Kosovo biology teacher was targeted with derogatory comments online after posting videos on TikTok of himself dancing to folk music.

Valon Canhasi, founder of social media agency Hallakate, posted a video of himself dancing to Albanian folk music at his office on Monday and urged others to follow suit to support teacher Lulzim Paci after critics claimed that his actions were inappropriate for an educator.

“I invite all of you to make a video dancing in your office or in your home,” Canhasi wrote on Facebook as he initiated a folk-dance ‘challenge’ under the hashtag #profachallenge.

Teacher Paci, from the town of Vushtrri/Vucitrn, was subjected to sustained criticism on social media after he posted several videos of his folk dances.

Among the critics was ruling Vetevendosje party MP, Fjolla Ujkani, who called on the high school director and the Vushtrri/Vucitrn Education Directorate to fire Pacik for “improper and degenerate acts”, which she claimed contravened the duty of a teacher to instill values in young people.

However Ujkani made a public apology on Monday evening in a Facebook post in which she explained that she had been a student at the high school at which Paci teaches and said “my reaction was aimed at the protection and well-being of the students, and in any case the preservation and protection of the credibility of the school”, but that she did not intend to cause harm to anyone.

In an interview with Kosovo media outlet Koha, Paci tearfully explained how the online harassment he has endured since posting the videos caused him to tell his brother to deny that they are related to avoid embarrassment, and instead to say that “[Lulzim] is my cousin”.

Supporters of Paci argued that he has the right to use his private social media accounts to publish videos of himself dancing, which do not harm anyone.

Kosovo-based media lawyer Flutura Kusari said that “freedom of expression guarantees the teacher the right to publish videos from a private environment”.

After Canhasi posted his video and launched the #profachallenge, a series of Kosovo Albanians including celebrities, politicians and teachers from various regions of the country posted videos of themselves dancing to Albanian folk songs.

Famous Kosovo singer Dafina Zeqiri responded by making a video of herself dancing with the teacher, Paci, and posting it on her TikTok account.

Actress Adriana Matoshi, known for her roles in films such as ‘Zana’ and ‘Martesa’ (‘The Marriage’), who is now an MP from the ruling Vetevendosje party, also recorded a video.

“Don’t stop dancing for anyone… You have done nothing wrong to anyone,” Matoshi wrote on Instagram.

The challenge reached Albania as well, where the first lady and leader of the Socialist Movement for Integration, LSI opposition party, Monika Kryemadhi, also posted a video of herself dancing.