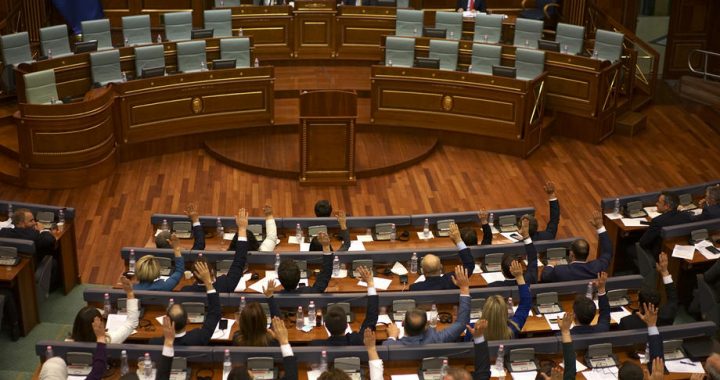 Two energy inquiry committees, one proposed by the opposition and the other by the government, were voted on at Thursday' plenary session.

The Committee of Inquiry proposed by the opposition was voted with 93 votes in favour, after heated discussions in the Assembly. The chairperson will be Driton Selmanaj of Democratic league of Kosovo LDK.

The Committee seeks to investigate all measures taken by the government during the period of the energy emergency, due to the global energy price crisis.

Meanwhile, the Inquiry Committee of the government, which aims to investigate the misuse of electricity since 2006,  includes the investigation of capital investments in the Kosovo Energy Corporation KEC after the privatization of the distribution wing of this company. This Committee was passed with 95 votes. Its chairperson will be Hajdar Beqa of the Democratic Party of Kosovo PDK.

For several weeks, the government and opposition parties have clashed over the formation of an energy inquiry committee.

The debate over electricity in Kosovo started from the end of last year, when Kosovo started facing power cuts due to the global energy crisis. The situation then deteriorated, as Kosovo could not cover its needs with the production capacity of the KEC.

The formation of an Energy Committee of Inquiry failed to be voted on in the Assembly on March 28.

Due to the energy crisis, the price of electricity in Kosovo has risen for consumers who consume over 800 kilowatts per month.

In this situation, the Government had pledged to allocate 75 million euros to mitigate the impact of the energy crisis on electricity tariffs, and subsidize the electricity costs of citizens and businesses.

Opposition parties had conditioned their participation in the vote in the Assembly with the formation of a Parliamentary Committee of Inquiry regarding  management of the energy crisis by the Government.