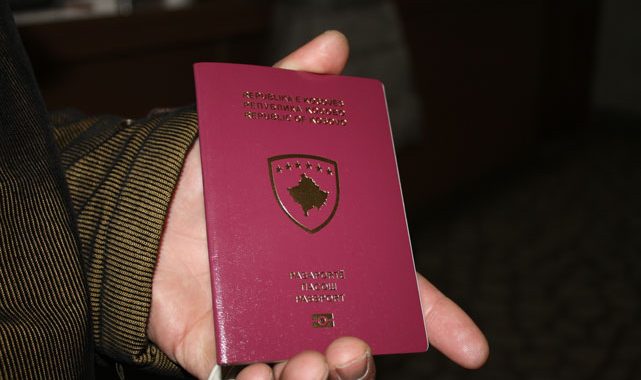 Kosovo finally expects to be supplied with material for personal documents after citizens were unable for months to obtain new passports, driving licenses and identity cards.

At the end of January, it is expected that Kosovo will finally be supplied with material for passports, driving licenses and identity cards, the Ministry of Interior told BIRN.

For months, citizens of Kosovo have not been able to obtain passports, driving licenses and identity cards due to the lack of material, causing serious problems with travel.

Recently, the Minister of Interior, Xhelal Sveçla, asked Germany to allow the entry of Kosovo citizens whose passports have expired.

The head of the branch of the Democratic League of Kosovo LDK in Ferizaj, Visar Azemi, told a press conference that the lack of passports was making life difficult for citizens.

“Freedom of travel is a basic right and not a luxury. At a time when we are mobilizing for liberalization today [with the EU], our country does not have passports,” he said.

“For this, citizens cannot travel for family or business reasons, nor can students travel. The lack of passports has also harmed our citizens who live abroad, they are being threatened with having to stay in the countries where they are living,” he added.

Agron Demi, a public policy pundit, proposed that, considering the lack of paper, the state might issue passports with 60 pages instead of 15.

“There are countries that automatically issue a passport with 52 free pages when re-applying for a passport,” he wrote on Facebook.”

Sveçla, in his letter to the German authorities and obtained by BIRN, has requested that citizens of Kosovo who have a valid residence permit in Germany be allowed to receive services with an expired Kosovo passport.

Sveçla requested that these measures be valid until June 2023, or earlier, if the issue of the lack of material for identification documents is resolved.

The letter states that Kosovo, like many other countries, has lacked the material to print identification documentsdue to supply chain issues caused by the lack of materials as a result of the pandemic, and then also the war in Ukraine.

Sveçla said that the Civil Registration Agency has given priority to issuing documents for urgent categories, which means cases of diseases, family reunifications, sports activities and diplomacy.

“I’m sorry for the other citizens, but we have to adapt to the circumstances we’re living in. I am working with the company to supply itself with the raw material and then produce the necessary documentation to bring  to Kosovo,” added the minister.