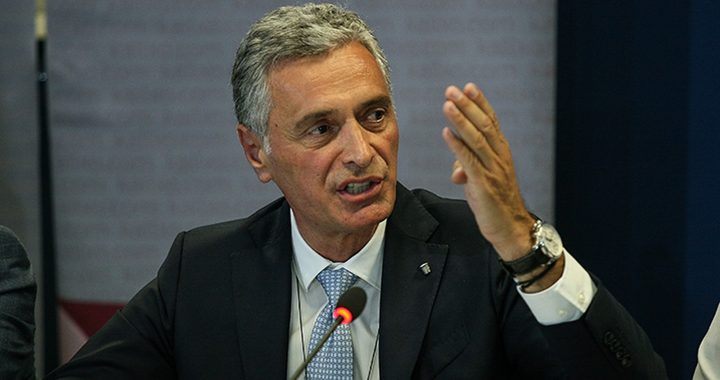 Kosovo’s Chief Prosecutor, Aleksander Lumezi, has asked the Special Prosecution to investigate published audio recordings in which state officials and members of the judiciary are allegedly heard implicating themselves in abuse of power.

“An investigation has been launched by the Basic Prosecution of Pristina over the unauthorized audio recordings, but today I asked the Chief Prosecutor to transfer the case to the Special Prosecution and review it with a team of neutral prosecutors,” Lumezi said on Thursday.

The investigations will attempt to find out whether the crime of exerting influence occurred, and will not focus only on the people allegedly heard incriminating themselves in the audio recordings.

On Monday and Tuesday, local news portal Shqip.com published audio recordings in which important figures in the national intelligence agency and judiciary are allegedly heard telling someone on the phone of their plans to exert undue influence.

On Thursday, the Kosovo Judicial Council announced that it had formed a commission to evaluate the disciplinary responsibilities of one of its members, a Court of Appeals serious crimes judge Driton Muharremi, who was asked in one of the recordings to influence Lumezi himself over the return of a confiscated car.

Muharremi apparently says he will contact Lumezi on the matter.

The former head of the Financial Intelligence Unit, Dardan Nuhiu, was sacked on Tuesday, after, in an audio recording published by Shqip.com, he allegedly boasted of plans to “capture” the main media in the country and deploy them for his own benefit.

But the directors of the two local media oputlets Nuhiu mentioned in the recording, Insajderi and Indeksonline, have both told BIRN they know Nuhiu very well and doubt the authenticity of the recordings.

On Wednesday, the Kosovo Prosecutorial Council, KPC, filed a request to initiate disciplinary proceedings against special prosecutor Asllani, who is allegedly heard in an audio recording published by the same portal telling an unknown person that she will do her best to help him with a case.

BIRN has not been able to reach Lumezi, Nuhiu, prosecutor Asllani, and  judge Muharremi on the matter so far.

Lumezi told RTV Dukagjini on Thursday the recordings were probably “unauthorized” and had not been submitted to law enforcement agencies.