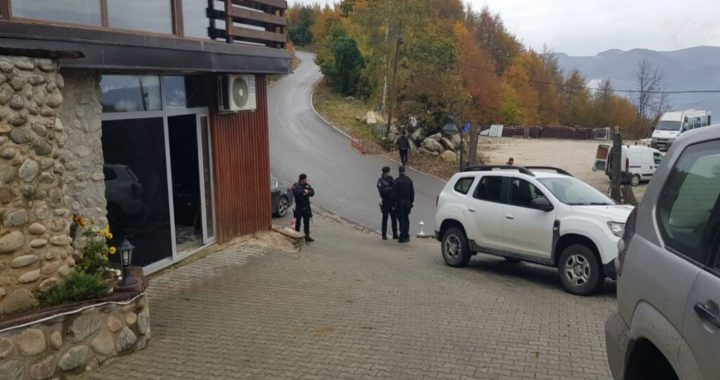 A Kosovo court approved confiscation of 75 villas in the mountain resort of Brezovica on suspicion that they were illegally constructed within the Sharri National Park.

The Basic Court of Peja/Pec temporarily confiscated 75 holiday villas in the mountain resort of Brezovica, including property of high-level politicians, judges and relatives of important political figures in the country.

The temporary confiscation order was issued on suspicion that the villas had been constructed in violation with the law. “Temporarily seized items and assets are under the supervision and control of the state prosecutor,” the court decision states.

The decision approves a request by the Basic Prosecution of Ferizaj/Urosevac after a raid on October 11, 2022, when dozens of police staged a large-scale operation in the Brezovica mountain resort seizing around 100 buildings, including more than 80 villas, suspected to have been illegally built inside the Sharr Mountains National Park.

Among the 75 temporarily seized villas are the villa of the former leader of the Democratic Party of Kosovo, PDK, current MP Enver Hoxhaj; and three judges, including the head of Ferizaj/Urosevac court, Mustafe Tahiri, Supreme Court judge Agim Maliqi, and Appeals Court judge Bashkim Hyseni.

The court also seized the villas of two brothers of former President Hashim Thaci, who is currently awaiting trial for war crimes at the Kosovo Special Court in the Hague.

Appeals to the court’s confiscation order can be exercised within 48 hours from the moment of acceptance of the decision.

In December last year, the former mayor of the Shterpce/Strpce municipality, Bratislav Nikolic, municipal directors and heads of private companies were arrested in another raid over alleged illegal construction at the mountain resort.

In total, around 30 people have been arrested in operations related to the case so far.

“We are drafting a second indictment. I believe we will have even a third indictment by the end of the year. The investigation will continue in 2023 as well because it is a big case and we could not include everything in a single indictment,” he added.

Maloku explained that the law governing the Sharr Mountains National Park prohibits construction of such buildings in the area.

Since the Kosovo war ended, many villas have been built in Brezovica, some of which allegedly belong to politicians and other public officials, and some have unclear ownership.