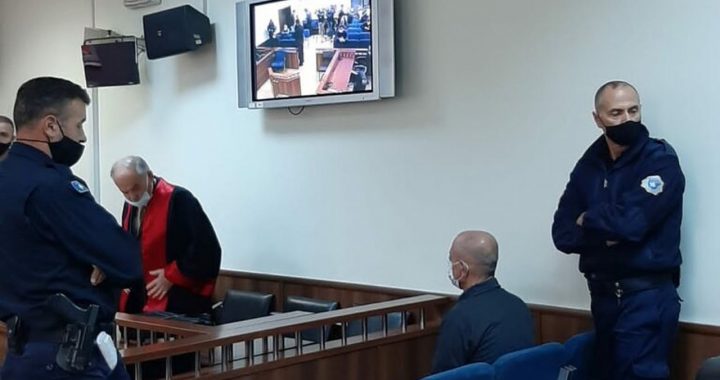 A women’s rights NGO says Kosovo courts are sending the wrong message to women and society by routinely reducing life sentences for men found guilty of murdering their wives.

A Kosovo women’s rights NGO has said that judicial institutions are not treating femicide with due seriousness but are instead often reducing jail sentences from life imprisonment to tens of years.

The latest case concerning the NGO happened on Thursday, when the Court of Appeals reduced a 2021 verdict convicting Bajram Velija to life for murdering his wife to 25 years, citing mitigating factors.

“The reduction of these penalties is ridiculous and our institutions are only showing how they do not treat violence and murder of women seriously,” Besarta Breznica, from Kosovo Women Network, KWN, the largest women’s rights NGO in Kosovo, told BIRN.

“These punishments only encourage violators to commit such crimes and discourage domestic violence victims from reporting violence to the relevant institutions,” she said.

The Court of Appeals defended its decision, saying life imprisonment had been too harsh and did not take account of mitigating circumstances.

According to the indictment, Velija’s wife died on the spot when, after a quarrel, he shot at her 15 times on August 6, 2019, only meters from their house in Prizren.

He then waited for the police and informed his family members, as well as hers, which the Appeals Court considered mitigating circumstances.

The Court also considered as mitigating circumstances the fact that he was “a father of three children, of relatively old age, that he regretted it, sought an apology from the deceased’s daughters and simultaneously sought a public apology in court … and has not been previously convicted of a criminal offence”.

Aggravated murder in Kosovo is punishable by a minimun of 10 years and a maximum of life imprisonment.

Velija’s case is not the first where a higher court has overturned a Basic Court verdict of life imprisonment.

In September 2020, the Basic Court of Gjakova/Djakovica sentenced Pjeter Ndrecaj to 24 years and six months in prison for murdering his wife and daughter.

It was the second ruling by this court, which in 2018 issued a similar verdict of 24 years. The Court of Appeals sentenced Ndrecaj to life imprisonment, but the Supreme Court then ordered a retrial.

Another case of femicide which has dismayed rights activists is the case of Donjeta Pajazitaj, shot dead with two bullets to the head by Naser Pajazitaj.

In March 2018, the Peja/Pec Basic Court released Pajazitaj due to lack of evidence, but after the prosecution complained, the Court of Appeals sent the case to retrial.

The Peja/Pec Basic Court then sentenced him to life imprisonment in March 2019. The Court of Appeals confirmed the verdict in July 2019.

But in November 2019, the Supreme Court annulled the verdict and the Peja/Pec Basic Court then had decided not to continue the case, which was transferred to the Ferizaj/Urosevac Basic Court.

On May 27, 2021, the Ferizaj/Urosevac Court sentenced Pajazitaj to life, only for the Court of Appeals to overturn this decision in November 2021. The case is still in court.

Breznica, from KWN, told BIRN: “Kosovo institutions should act in accordance with the legal framework and not collaborate and empower violators”.

“We hope the decision to reduce the sentence [of Bajram Velija] is overturned in the retrial and that the court upholds the previous sentence, which was life imprisonment. The reductions of sentences should alarm us,” she added.