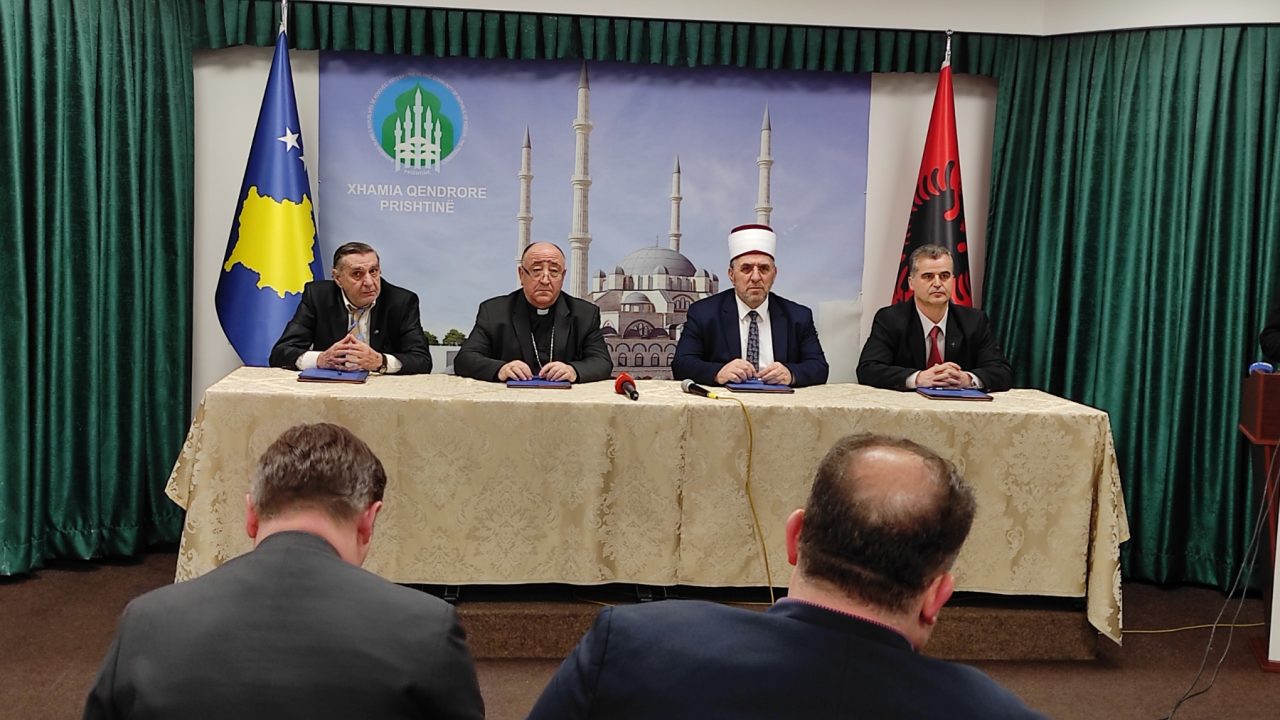 The leaders of Kosovo’s religious communities after a meeting on February 23, 2022. Photo: BIRN/Denis Sllovinja

Muslim, Jewish, Evangelical and Catholic leaders have jointly expressed opposition to plans to recognise the right to same-sex marriaghe in a new civil code, insisting on the need to uphold 'family values'.

Religious leaders in mainly Muslim Kosovo on Wednesday signed a joint declaration against a new draft civil code that would allow same-sex marriages, and will be discussed in parliament on Thursday.

The religious leaders condemned an article which paves the way for a special law allowing same-sex civil unions.

“The religious communities remain united when it comes to the protection and daily promotion of family values, pro-life values, the traditional values of marriage, the right of the fetus from conception to birth, and the natural right of gender as a predetermination for each citizen,” the joint declaration reads.

Kosovo law currently does not allow same sex marriages. The constitution, on the other hand, recognizes that “on the basis of free consent, everyone enjoys the right to marry and the right to create a family in accordance with the law”.

Most MPs seem to support the change. On Monday, after the meeting of the Kosovo parliament’s leadership, the head of the ruling Vetevendosje party’s parliamentary group, Mimoza Kusari Lila, told the media “I believe that in the civil code this issue [on same sex marriage] will be regulated by law.”

Over 90 per cent of the population of Kosovo are Muslim, with the remaining 10 per cent or so divided between Orthodox, Catholic and Evangelical Christians and a tiny Jewish community.