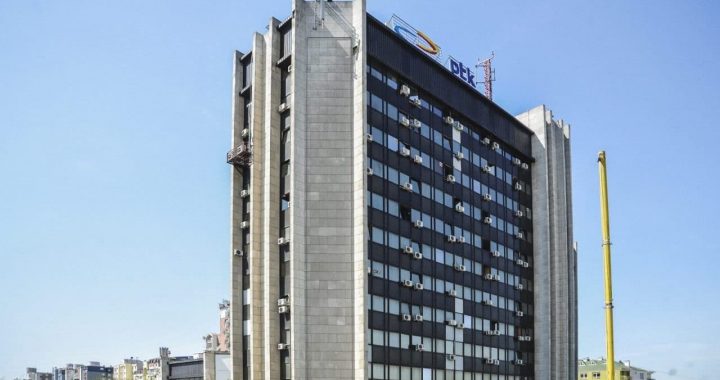 A London-based arbitration court has ordered the company to pay around 13 million euros to a local company for terminating its contract in 2019, fueling a debate about the harmful contracts past managements signed.

A multi-million-euro bill received by Kosovo Telecom on Tuesday added salt to the wounds of the struggling public company, after it lost another arbitration case.

The London-based International Chamber of Commerce ruled that Kosovo Telecom has to pay 13 million euros to privately-owned claimant, Dardafon, for a contract terminated in July 2019.

The ruling follows another hostile arbitration verdict from 2016 which ordered Telecom to pay around 30 million to the same company, majority-owend by Kosovo-born businessman Blerim Devolli.

Telecom criticised the latest verdict as “irregular” and said that it will “follow legal steps” to challenge it. It also accused former managements of signing harmful contracts that have brought the company into a dire financial situation.

“We will continue to ask that ‘bills’ arising from political and interest groups from past managements … be investigated by law enforcement agencies about their origin, in order to conclude a period when organised crime and politics were destroying public property, and especially public companies,” Telecom said.

But this will not be end of the matter, however. Minister of Justice Albulena Haxhiu confirmed on Wednesday that another arbitration challenge ios coming from the company. “The company has sued both Telecom and Republic of Kosovo. The process is ongoing,” Haxhiu told the media.

“I have to express my deep concern that our public enterprises have been degraded by harmful contracts which cost the state budget millions,” she added.

The Minister said law enforcement and justice institutions should have been more vigilant in investigating these cases.

“Police, prosecution and courts should have worked more on this because even though there have been many harmful contracts, no one has been held responsible for these contracts, which have created great consequences for enterprises and country,” Haxhiu said.

Telecom workers’ union head Lamih Balaj has also called for an investigation into all those involved in this case. “This is a scandalous decision and it should warn all institutions not to execute this harmful verdict,” Balaj said.