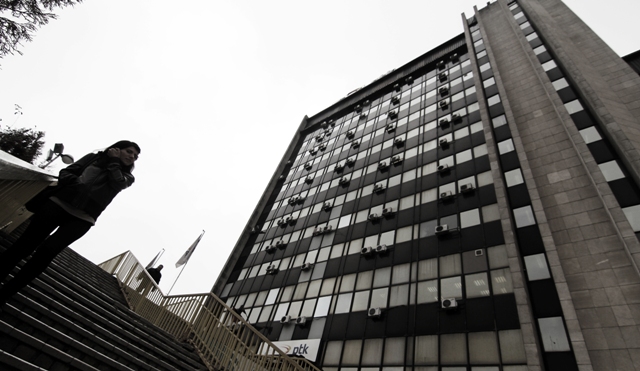 Kosovo Telecom has been plunged further into chaos after the board of the state-owned enterprise resigned following a dispute with the government over its multi-million euro debt to Z-mobile, while union leaders claim the company accounts have been emptied.

The interim board of Kosovo Telecom has resigned following a dispute with its main shareholder, the Kosovo Government, over the handling of a multi-million euro debt to Z-mobile.

Kosovo Telecom’s accounts were frozen on July 15 following a decision by the Basic Court of Prishtina to allow a private enforcement agency to recoup millions of euros in compensation ordered to be paid to Z-mobile by an international arbitration court in 2016.

However, in its resignation letter to Hoti, the Kosovo Telecom board stated that during this meeting it became clear there were “different points of view” on how to resolve the issue.

“We, the interim board of directors, believe strongly that when there is a huge discrepancy with the shareholder,” the letter states. “There exist only two options: First, approximation of positions, or second a change in positions of one part.”

Earlier on Tuesday, Blerim Kuci, the Minister for the Economy and Environment, stated that the board’s refusal to pay Z-mobile left no room to find a solution. “This behaviour from the board risks closing the door to a solution, and will send Kosovo Telecom into a financial crisis,” Kuci wrote in a Facebook post.

The interim board of Kosovo Telecom was in place for less than five months, having been appointed in February 2020 after the previous government sacked the former board, citing irregularities, poor results, and growing corruption and nepotism.

On Tuesday night, Lamih Balaj, the Head of the Independent Trade Union of Post and Telecommunications stated that a private enforcement agency had already emptied Kosovo Telecom’s company account, which reportedly contained around 3.5 million euros.

“Today, 3,500 workers and their families have been left without wages and the national security of communication has been fundamentally endangered,” Balaj said, while the Union has called for a 24-hour protest beginning at 13:00 on Thursday.

Halil Krasniqi, the now former technical director of Kosovo Telecom, has warned that if the company ceases operations and cannot provide services, telecommunications at Kosovo’s key state institutions are at risk, including the police and other emergency services.

Krasniqi also warned that removing liquidity from Kosovo Telecom will have a knock-on effect in regard to debts owed to other companies. “For example we owe 15 million euros to 808 contractors,” he told KTV’s Interaktiv last week. “Then we pay 600,000 euros every month to Kosovo Post for rent.”

The dispute between Kosovo Telecom and private operator Z-mobile is rooted in a contract entered into in 2009.

Z-mobile have accused Kosovo Telecom of failing to provide sufficient SIM cards and 3G and 4G services in breach of the contract. In December 2016, the London Court of International Arbitration ruled in favour of Z-mobile and obliged Kosovo Telecom to pay around 30 million euros in compensation.