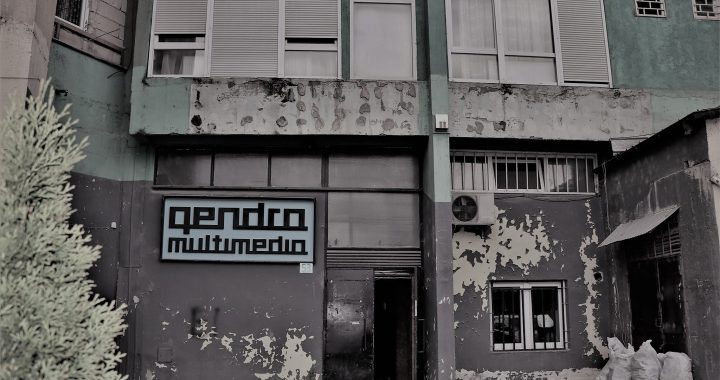 The Municipality of Prishtina insists it has done all it can to support alternative theatre in the city after cultural venue Qendra Multimedia blamed the closure of its performance space on the municipality’s lack of support.

After almost ten years of hosting theatrical and musical performances, poetry readings, exhibitions, book promotions and other cultural activities, the Qendra Multimedia performing space in the Dardania neighbourhood of Prishtina has closed its doors.

In an announcement on Wednesday, the cultural space cited a lack of reliable backing from Kosovo’s institutions both practically and financially as leading to Qendra Multimedia’s closure, and criticised a lack of municipal support in the search for a new venue.

“For these almost ten years, Qendra Multimedia’s managerial team have made continuous attempts to find a more sustainable solution for its public activities,” the announcement reads. “However, they were confronted with a lack of willingness from the Municipality of Prishtina to show their support in this regard.”

According to Jeton Neziraj, the director of Qendra Multimedia, the only public finance the organisation received this year from the municipality was 2,500 euros for the organisation of the POLIP festival, which its performance space has hosted for the last decade.

In its announcement, Qendra Multimedia representatives expressed their frustration that, as the venue is being forced to close its doors, the municipality is spending money repaving the roads around the city while leaving its cultural spaces to fend for themselves.

“The new asphalt that will continue replacing the old will never be able to cover the marks of lack of power, knowledge and the will of this city to create and maintain such necessary cultural venues,” it states.

However, Neziraj explained, the issue with the Municipality of Prishtina is not strictly financial. Qendra Multimedia’s performance space existed on private property, which was sold by the owner earlier this year. According to the director, the municipality’s negligent attitude towards finding a new space for its activities has caused the closure of the venue.

“We knew we would be confronted with this problem very soon, so we had already begun attempts to find an alternative venue for our activities,” he said, explaining that a Memorandum of Understanding was signed between the municipality, Qendra Multimedia, Cultural Heritage without Borders and Foundation 17 for the allocation of a new venue in the Kacallaret neighbourhood of Prishtina.

However, Neziraj says that the memorandum, which requires the municipality to look for ways to co-finance the operation of the venue, pay for utilities and find alternative accommodation for families still living in the building, was never implemented due to administrative and bureaucratic barriers.

“The fact that the municipality supports us very little financially is a problem in itself, but not the main one. The main problem has been and remains the municipality’s lack of ability to accommodate our needs as a performance venue,” said Neziraj. “As a result, we have lost a cultural venue in Prishtina. This is a fact.”

However, Blerta Basholli, the head of the Department of Culture at the Municipality of Prishtina, states that the municipality has been doing everything in its power to find alternative accommodation for the organisation, and has been in contact with Qendra Multimedia for months seeking ways to provide support.

“Requirement for space is one of the most common demands, and as much as it is extremely necessary for cultural organisations, it is challenging for us to accommodate all of them,” Basholli said in a statement on Tuesday night. “Many state spaces are privatised, and Prishtina is the city that has the least municipal property.”

Basholli told Prishtina Insight that the municipality has acted in full compliance with the Memorandum of Understanding signed with Qendra Multimedia. However, according to her, the municipality encountered problems with the venue as a family that lives in the building refused to leave after an agreement that would see them vacate the premises was signed.

“The agreement does not say that the Municipality will kick families out who have lived there since the 1970s,” she said.

For now, Qendra Multimedia will be sharing space for its activities with the ODA theatre. While Neziraj is optimistic about the organisation’s new home given their positive collaboration in the past, ODA is facing a similar problem. “We will continue to organise activities and adapt to new circumstances, but ODA is in a deep financial crisis because of rent,” he said.

According to Basholli, the municipality facilitated the agreement between Qendra and ODA to help both venues overcome financial difficulties in May this year, but explains that there are legal barriers which prohibit the Municipality from waiving rent for spaces like ODA theatre.

“The Palace of Youth and Sports [where ODA is located] is a public enterprise which generates its income through rent, and the municipality cannot ask them to give out spaces for free,” she told Prishtina Insight, adding that the municipality is restricted in the way it can use public money to support this space, which has not been the case for other cultural spaces such as Termokiss and Kino Armata.

“Prishtina lacks public property,” Basholli said. “It’s not like we have a catalogue, but we did not want to give [property] away to cultural centres. We are working every day to find spaces for art, reconstructing and building new ones.”

Neziraj also feels that the lack of space for cultural activities in Prishtina is the most pressing issue. “We will continue to fight for new cultural venues, which are so necessary in Prishtina,” he said.